Se in Spanish…what’s it all about. 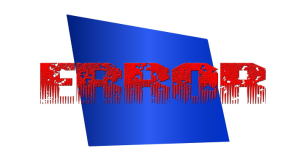 The main issue, and one that we cover in this podcast is that we tend to see and hear the same mistakes being made by students as they work their way through these concepts. It’s not that this particular part of SE is terribly confusing, but rather, it’s probably because for English speakers (and those of other languages), this is a unfamiliar concept.

To begin with, although we have reflexive verbs in English, we haven’t made them into an art form as have Spanish speakers. The fact is that unless you understand these SE verbs completely, you will have confusion in every tense you come across. (They are EVERYwhere.)

In addition to that, even if we did have the self same system in our own language, we have all learnt English unconsciously for the most part. That means that we haven’t analysed our own language the way we have to when we begin to learn another one.

Can you get by without the SE in Spanish?

Absolutely not! If you’ve seen the video that I (Gordon) made called: A fun look at the use of SE in Spanish, then you’ll know that SE has found its way into almost every aspect of spoken and written Spanish. Therefore, it’s vital that you understand the Reflexive verb concepts fully, something that will allow you to know when the SE in Spanish is reflexive and when it’s something else.

If you really want to get to grips with the use of SE in Spanish, then our advice is  for you to begin reading books in Spanish.  Spanish books, especially novels, are filled with every kind of SE. Many of our students bring their books to class to specifically ask what many of the SE mean.  Why don’t you try that too? Even if you don’t have a teacher to ask, you can always go to the forums online and ask for clarity. There are always people willing to help with things like that.

We do qualify that suggestion by saying that you mustn’t take people’s explanations as ‘gospel’ as they say. Especially if they aren’t teachers. (Don’t even believe us all of the time!) There are always differing opinions and different ways of seeing the same thing.

Enjoy the podcast and remember that all podcasts are backed up with Helpsheets to give you a deeper understanding of the subjects we cover.