Se in Spanish and its multiple uses. 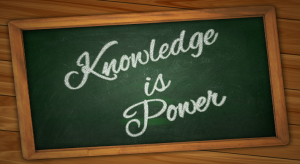 Have you ever wondered what on earth happened across the centuries for the word SE in Spanish to have become so widely used?

If you have studied Spanish for  any length of time you will, without doubt, be becoming painfully aware of this flexible little word appearing in virtually every text you pick up.

It seems that it’s like a rash that has infiltrated itself into the very fabric of the Spanish language.

What does it mean?

Asking this question is like asking ‘How long is a piece of string?’ Of course, I’m exaggerating a little! The truth is that it does have a definitive number of meanings, but they are many and varied.

In this video I explain about 90% of them whilst having a bit of fun about how SE in Spanish ended up plastered all over the shop!

How did it get to be so overused?

In essence, this is the theme of this particular video. For a long time I have wondered who on earth decided to use SE in so many different situations.

I imagined that the REA (Real Academia Española) had quite a hand in it and so I have often fantasised about how the meeting must have been whilst they were trying to fill in the gaps in their language. Hence, this video is the result of my musings.

I may well be completely wrong, but at least it’s a fun way to learn the meanings of SE in Spanish.

I have a tremendous passion for the Spanish language and everything Hispanic and it’s because of that that I have to say that I am not a great fan of the REA. I’m sure that they do good across the years, clearing up confusions that inevitably occur within such a vast language.

However, apart from that, I see them very much in a role of interference and ‘meddling’. Perhaps, like many institutions, they have ended up having to justify their existence by fiddling with the language for no other reason than that they have nothing better to do.

Even in the short time that I have been learning Spanish, I have seen us saying goodbye to a number of ’tildes’ that REA have seen fit to steal from the language.  These accents existed to maintain clarity between one word and another, for example:

ÉSTA = THIS and ESTÁ = HE/SHE/IT/USTED IS

However, it seems that these days REA has decided that we are clever enough to work it out for ourselves and so have decreed that they should no longer be used.

The Spanish alphabet is now distinctly puny compared to how it used to be now that the CH, RR and LL have been sent into retirement.

I see no fiddling with the SE in Spanish

To close, although they don’t give a second thought about whipping away letters and accents, no-one seems brave enough to address the SE situation. That said, it’s taken me so long to learn its uses, that if they dare to mess around with it, I’ll personally go over there and darles un cachete en el culo. (Smack their bottoms)

Enjoy the video and learn from it.

Note: Although I say Se = Theirselves it should be Themselves. (I’m from the north. jeje.)