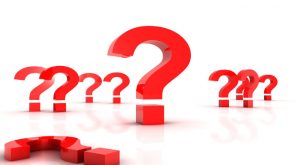 Spanish Prepositions….What the devil are they?

Basically, these words are the glue that sticks sentences together. They are words like: with, without, for, from, between, to, along with many, many more.

They are the words we use in our own mother tongue with grace, heightened ability and class. However, when it comes to using them in Spanish, everything seems to go a bit ‘patas arriba’.

They are the little words.

Without even knowing that they were talking about Spanish prepositions, so many of my students have said to me at one time or another: “I’m okay with conjugating verbs. it’s those damn little words that cause me the most trouble.”

What they really meant was that it was those damn Spanish prepositions that were causing them the problem.

But why are Spanish prepositions so troublesome?

What is more, many, many Spanish prepositions are attached to verbs and most times, there’s no real pattern that we can see and follow.

For example: The verb Aprender has the preposition ‘a’. So, when we want to say: I learn to swim. we have to say:

Yet, when we use Querer to say ‘to want to’ we don’t use any Spanish preposition. For example:

Quiero nadar. = I want to swim.

Why? I have no idea….because….that’s just what they do…(or, you can spend hours looking through forums to find out why).

That’s just the way it is.

Basically, this is the real answer: Because they do. so, our suggestion is that you to set about learning the melody of the language so that you ‘just know’ when a verb has a preposition. Is it a big job? Yes!! Is it possible to do? Yes!!!!!!

One of the best ways to learn when you should use a Spanish preposition is by listening to spoken Spanish or to read Spanish books.  That’s how you will learn, through dogged repetition, just how to use Spanish prepositions well.

Can I just miss them out?

Absolutely! You do not need to use Spanish prepositions if you don’t want to. However, your Spanish will be stilted, tarzanesque and difficult to follow at times. Like anything in life, you can choose to do it a different way and you will be certain to get a different result. However, as we have said, Spanish prepositions are the glue that holds your sentences together and so, if you made a model aeroplane without any glue, it would probably fall apart on its first flight (if it flew at all).

So, our best advice is to get on to learn them well. Be patient with yourself, however, it’s a long job with many variations. The end result, though, will give you and your listeners great comfort, so it’s really worth going for it. You can make a great start on this by watching our Podcast on this very subject.