Let’s help you to know how to say ANY in Spanish. 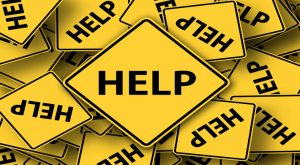 What’s really interesting is the fact that in English we use ANY in a couple of ways. We have this way:

1, Do you have any glue in your workshop?

and then there’s this kind of ‘any’:

This difference causes Spanish speakers no end of confusion because in their language they have two distinct words to express these sentiments.

In example number 1, the ‘any’ is translated as ‘algún pegamento’

In example 2, the ‘any’ is translated as ‘cualquiera’.

So, to say ANY in Spanish, you have a few options, something which can cause us problems too. Especially when we are faced with the strange ‘cualquier’ word.

Why is this strange? Well, it’s because this adjective doesn’t behave like normal Spanish adjectives. Rather, it has only two options, regardless of the noun it describes.

No quiero cualquier cosa. = I don’t want just anything.

Yo estaría contento con cualquier coche. = I’d be happy with any car.

¿Cuál quieres?…Cualquiera. = Which one do you want? …Any.

Have you noticed that no matter what the gender of the noun that it describes, when it is used before the noun it is always ‘cualquier’?

Then, if it is a stand-alone word with no noun after it, it turns into ‘cualquiera’ regardless of the gender of the noun it is referring to.

This was always a confusion for me as I began learning Spanish. And so, when I wanted to say ‘any’ in Spanish I would avoid ‘cualquier’ like the plague. Clearly, as you can now see,  you must be able to ‘dominar’ both ‘alguno’ and family as well as ‘cualquier/a’ if you really want to be able to express yourself properly.

In this podcast we help you to do this by way of live examples and simple descriptions that will guide you through this tricky ‘puzzle español’.

Where to go for help.

For more information and guidance on virtually every grammar subject in Spanish all you need do is to use the search bar on our website and you will find what you need along with some simple, easy to understand explanations. Every podcast is backed up by comprehensive Helpsheets and a Transcription/Translation of the spoken Spanish used during the podcast.