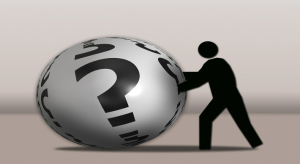 The Spanish Preterite vs Imperfect.

In all of our private classes we probably spend more than 50% of our time helping people control the Spanish preterite vs imperfect tenses.

Well, there are two principle reasons. The first is that we talk in the past a LOT! The second is that getting them right can be a real challenge!

Juggling the Preterite and the Imperfect

In our own mother tongue we don’t think twice when we want to tell a friend about something that happened to us the other day. The words just roll off our tongue as we focus on telling the story and not on HOW to tell the story.

It’s quite the opposite, however, when we have to battle with the Spanish preterite vs imperfect whilst at the same time managing our tale and trying to keep our listener interested.

Then there are all those rules

It’s a fact that to learn when to use these tenses you have to know quite a few rules and regulations.  What’s more, before we open our mouths we have to trawl through a number of questions to know if we should be saying ‘pude’ o ‘podía’.

All this mechanical brainwork slows our speech right down, sometimes to a snails pace, and can be very frustrating.

The irony of it all is that if you were to speak to a Spanish speaker about the rules, they would have no idea what you were waffling on about. Native speakers don’t use rules to speak. They just do it. They don’t have the constant battle between the Spanish preterite vs imperfect as we do.

In fact, most times,  when you ask them if the preterite or the imperfect is correct in a particular sentence they will tell you that both are fine!

Lots of times both are correct

What??? How can both be correct? Well, think of these sentences:

I talked to my friend the other day. (Pret)

I was talking to my friend the other day. (Imperf)

Is there a lot of difference when we compare the two sentences? Not really.

Do the two sentences mean different things? Maybe yes, maybe no. Some people would argue that they were very different, some would say they were identical.

Am I measuring it or describing it?

Really, the bottom line is that to understand the Spanish preterite vs imperfect puzzle, all you have to do is ask yourself the above question.

The preterite is a measurement of action.

The imperfect is a description of what was happening.

And if it were that easy, all our problems would be solved. However, the real skill is putting those benchmarks into practice. In this podcast we help you do that. Listen in and perhaps you’ll learn the most important thing about the Spanish preterite vs imperfect up to now.