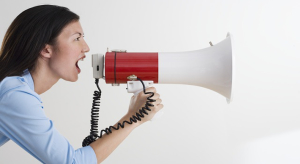 The confusion around Spanish Pronunciation

One of the most confusing issues with Spanish pronunciation is knowing how we should pronounce the Y and the LL, closely followed by the B and the V.

In this podcast we cover the correct way to pronounce these letters according to what is called ‘Received Pronunciation’. For those not familiar with this expression, it simply means the way that we should speak if we were to use standard Spanish. (That’s free of regional accent.)

Of course, the issue is that very few people have an accent free pronunciation. And this is where the problem starts.

That’s not what I hear in my village…

The danger with offering pronunciation guidelines is that invariably, we get emails and comments from people saying: “Well, where I go in Spain they pronounce the V as a V and not as a B as you suggest.”

And what can we say to that? Of course they do! Language is not a solid, unmovable concept. It’s fluid, plastic, and it changes from place to place, from region to region, from north to south, from country to country and even from person to person.

We are just saying that…

Faced with the massive variations that surround us, the very best that we can offer is the ‘standard’ Spanish way. But, why bother? If it’s all so different, why should we even try to follow one way?

The best way to answer that question is to say that everyone understands standard Spanish. Wherever you go in the Spanish speaking world you have more chance of being understood if you aim to speak in standard Spanish.

Remember, for us non-natives, we have the added challenge of achieving a decent pronunciation. Imagine if we spend our efforts copying a really difficult Spanish accent and do a terrible job of it! We are going to have a lot of problems getting Spanish speakers from other areas to understand us.

Really, our advice is to work on creating our own standard Spanish pronunciation. Some people say that they don’t want to sound strange. Don’t worry, we do anyway! We are foreign. Spanish speakers will know that we aren’t from their country.

The very best we can do is to develop such a standard accent that, although Spanish speakers know we are foreign, they can’t tell where we are from! Now, that is ‘un logro’. (An achievement.)

The reason we say that is that it’s normally quite easy to identify the nationality of a Spanish speaking foreigner, especially if they’re French or English because of the R.

So, why not take up the challenge to get your accent as close to neutral as possible. Watch this video podcast as the first step in getting there!