To Become in Spanish. 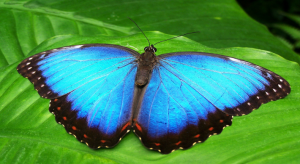 This is probably the most interesting podcast that we’ve done in a long while. Why? Because, despite all these years of learning Spanish I (Gordon that is.) was still a little confused about all the ways that you could say To Become in Spanish.

Now that we have been able to put more specific parameters in place in English I can really start to see the differences between the three verbs that we cover in this blog:

Let’s look at the first one.

As we discuss in the blog, this verb can be used as to Become in Spanish.

To help to avoid mixing this one with the others, however, most times this verb implies that some effort has been put into getting there.

Thus the best way of knowing if this verb should be the one to use to say to become in Spanish then all you need do is this:

Say the sentence with WORK TO BECOME. If it makes sense then you probably should use HACERSE.

She became an engineer. = She WORKED TO BECOME an engineer THIS WORKS! Se hizo ingeniera.

In the second example, you probably wouldn’t use Hacerse because the sentence doesn’t really sound natural.  (This would sound better with TURN INTO.)

Again, this is used to say To become in Spanish, but has a slightly different underlying meaning to Hacerse. Volverse is the act of turning into something.

So, the best way to know if you should use this verb is to add TURN INTO into the sentence. If it makes sense, then it’s likely that you will use VOLVERSE.

This is another verb you can use to say To Become in Spanish. This one, however, has the feeling of a transformation or evolution. Thus, the way to know if you should use this verb is:

Try adding the words TRANSFORM INTO in place of BECOME. If it sounds correct, then you probably should use CONVERTIRSE.

The boy became a man.= The boy TRANSFORMED INTO a man.  THIS WORKS! El chico se convirtió en hombre.

We became neigbours. = We TRANSFORMED INTO neighbours. THIS DOESN’T WORK.

So, now that you have more of a clear view of how to say To Become in Spanish, you can watch the video and reinforce what we’ve covered here.