Remember in Spanish. Which one to use? 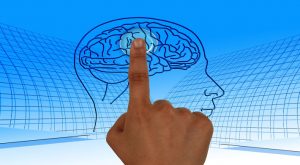 If you’ve been studying for any length of time you will be sure to have had a moment in which you wanted to use the word Remember in Spanish. (or I don’t remember, for that matter)

As you looked into whatever dictionary you use (we like wordreference whilst others like Spanishdict) you will have been faced with the two options of the verbs Recordar and Acordarse.

The question which you were sure to have asked yourself was: So, which one do I use? (and why?) That’s because we are thinking and (sometimes) rational adults.  As a consequence we often ask the ‘why’ question which in truth is the least helpful one.

Ask the ‘when’ and ‘how’ questions.

As we have said in our books, the ‘why’ question rarely helps us. That’s because it’s probably the least important question of them all. What’s more, sometimes the answer to that question is ‘because!’.

Acceptance of they way a foreign language is used is a real gift.  When faced with yet one more of the idiosyncrasies  of the Spanish language such as how to use Remember in Spanish, the clever students just say: ‘Ah, I see. So how do I use it and when?’

In this podcast and the corresponding Helpsheets we go into just when and how you use these two verbs to say Remember in Spanish.  What is interesting is that both can be used in the vast majority of situations. However, there are times when only Recordar will work and times when only Acordarse will work.

The benefit of being native.

One of the reasons that Cynthia and I are able to explain concepts in a digestible manner is because of the fact that she is Spanish and I am English. We’ve both gone through the same learning process but in the opposite direction.

When I ask Cynthia a question about some grammar point, most times she doesn’t need to consult a book. She just listens to the melody of the sentences and she tells me which one sounds right and which sounds wrong. Then, from that information I can most times develop a system to help the learners to get it right most times. This is what we have done in this Podcast. Cynthia helps us to know when we really can’t just use both these verbs for Remember in Spanish.

If I had to just guess at something by checking online, my learning systems would probably be a lot less reliable.

So, check out the Podcast and let’s get you flying in formation with your Remember in Spanish and remember to check out the Helpsheets too which are designed to really clear up ‘cualquier duda que tengas’.