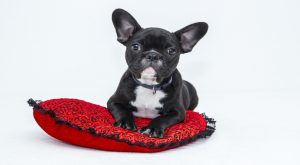 Spanish diminutives are probably one of the great mysteries of the Spanish language. When I say ‘mystery’ I mean that in terms of understanding the system.

There seems to be a distinct lack of regimented, clearly set out rules about the ending you give to each noun. Of course, we do have some guidelines, such as the following example of Spanish diminutives with the word ‘Chico’:

Chico  = In this sense it means small.

So, with certain words we can apply the ‘just add an ‘ito’ rule and we are plain sailing. However, that’s not always the case. There are many other endings used as Spanish diminutives that ‘must’ only be used with certain words. (We cover this in the Helpsheets)

So how do we know what to add?

Well, the fact is that we don’t know. The use of Spanish diminutives seems to be very much a regional or national thing. Different parts of Spain have different preferences. For example, in Murcia they seem to prefer ‘ico’ rather than ‘ito’.

In Mexico, the use of Spanish diminutives is massive.  The personal officer in the factory that I worked in would frequently ask me:

Gordon, ¿quieres tomar un cafecito conmigo? Quiero platicar contigo un ratito sobre unos problemitas que tenemos en la fábrica. = Gordon, do you want to have a little coffee with me? I want to talk with you a little while about some little problems we have in the factory.

We have them too.

The Spanish speaking world doesn’t have the monopoly on diminutives of course. In English we too use them. The English diminutive is normally created by adding ‘Y’ onto words and we typically do that to make things sound cute or inoffensive. We use them with children, just as they do in Spain and we also use them when we want to make something that is not so good for us sound attractive:

Do you want a voddy? (vodka)

I’m going to smoke a ciggy.

Do you want some choccy pudding?

My wife with my son.

When Cynthia talks to Sebastian, my son, she constantly uses Spanish diminutives. One that stands out is when she talks about water:

Try as I might I can’t get a decent translation into English of the word ‘aguita’. I would sound a bit like this:

Sebastian, would you like a little bit of warty? jeje.

So, if you would like to find out more about Spanish diminutives and hear some great advice on how non-natives should use them, then have a listen to this podcast. And remember, the Helpsheets are available to really give you a full insight into how to use them and when.