Tratar and Acabar in Spanish. 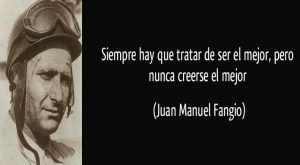 In this Podcast we don’t just deal with Tratar and Acabar in Spanish  but also the reflexive versions of these verbs which you have probably see before: ‘Acabarse and Tratarse.

What you will find is that, just like many other verbs that have a reflexive option (just about all of them) the meaning sometimes changes subtly between the two  and sometimes it’s completely different.

Look at the verb Poner, for example. On it’s own it means ‘to put’:

Pongo la taza en la mesa. = I put the cup on the table.

Then, we have Ponerse.

Just by adding the reflexive pronoun we have change of meaning to ‘to become’ or to ‘put on’:

As you can see from the examples,  sometimes the meaning can change quite dramatically.

Sometimes, however, there is little difference, like in the verbs Olvidar and Olvidarse. To forget/oneself

These two can be used equally and yet they mean pretty much the same:

Olvidé decirte que…. = I forgot to tell you that…

Me olvidé de decirte que… = I forgot to tell you that….

Notice that the only difference is the ‘de’ preposition that must go with ‘olvidarse’.

So, the case is that just like Tratar and Acabar in Spanish compared with Tratarse and Acabarse, Spanish verbs can have multiple meanings that simply have to be learnt. However, we have no room to complain about verbs that change meaning.

English is much worse.

Quite often, when we are faced with these changes of meaning we roll our eyes and sigh with frustration. ‘Why can’t they just be straight forward?’ we ask.

Well, every time you think like that, just remember that English has the infamous ‘Phrasal verbs’ that change meaning totally with every preposition you add. For example:

Get on with = Llevarse bien con alguien

Get through = ponerse en contacto/hacer entender

Imagine if you had to learn English consciously, you would have to memorise the meaning of every Phrasal verb….and there are hundreds.

The simple fact is that verbs change meaning and that’s good. They make up the very richness of the Spanish language and so, in this Podcast we will give you an insight into the verbs Tratar and Acabar in Spanish. We cover many other verb meanings in our Podcast range so watch out for them. If you need to search for a verb you can do so in our Search Bar which is very good.