¿Tú, or Usted in Spanish. 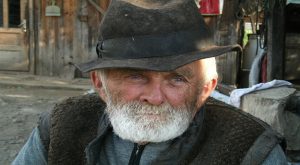 The question of the use of Tú and Usted in Spanish rather reminds me of the other famous question that we all know: ‘How long is a piece of string?’

The reason I say that is that over the years I have realised that I should not use the words ‘always’ and ‘never’ when I am talking about the rules and regulations of the Spanish language. I’ve been caught out so many times by one of my students who comes to class with evidence of an exception to my rule.  The same applies to the use of Tú and Usted in Spanish.

Now, I only ever use words like: ‘For the most part.’ or ‘Most times’ and even then, I am ‘rozando el limite’ of what is really the case.

It depends on where you are.

There really is no hard and fast rule to the use of Tú and Usted in Spanish apart from this one:

If in doubt, always start with Usted.

Recently I met a Colombian girl on a course I attended and we chatted about the use of Usted in Spanish in her country. She said that in her experience, most everyone used Usted and Ustedes only.

She surprised my by saying that her husband called her ‘señora’ and she called him ‘señor’ and both only talked to one other using ‘usted’. What was more, she said that in families and between friends, ‘usted’ is used.

Although she said that to use ‘tú’ you would need to be exceedingly close with a person, I asked her when it was that she had last used ‘tú’ with a person and she couldn’t think of one time.

Listen to what others use.

The case of the use of Tú and Usted in Spain is very different and it’s constantly changing. Spain is so much more informal than it was even 10 years ago. Yet, Usted in Spanish used in Spain still exists and is used daily. However, there are very specific situations in which Usted is used.

The safest way to manage this tricky situation is to listen to how the people speak to you and just ‘do the same’. If they use Usted in Spanish, then you do that to. If they speak to you in Tú, do that! Let them lead you.

In this Podcast and the Helpsheets that accompany it, we go into more detail of the ways to manage the situation of Tú and Usted in Spanish. Listen in as Cynthia and I help you with this.