Mí and Ti in Spanish. (Not to mention Sí) 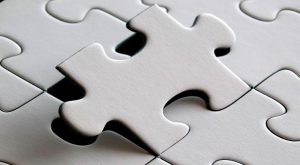 I often used to wonder what the rule was about when to use Mí and Ti in Spanish. I kind of knew when to do it because I had heard others using them.

What I didn’t know, however, was the system. And so, what happens when you don’t have a system is that your Spanish becomes a bit random. You get it right most times because it sounds right, but then, a new sentence needs to be created and you botch it up.

Across the years I have worked hard to find systems to help my Spanish and that of others. Most times, once you get to know your material, you find that there is one. Until you have that system, you can go through a lot of frustration as people correct you and you don’t know why.

This was what used to happen to me with Mí and Ti in Spanish. Until, that is, I found the system. Well, in truth, I didn’t find it, it was given to me by my beautiful wife.

Cynthia has this curious way of very nonchalantly sharing absolutely vital information as though it were nothing of great importance.

I recall the day that I had made yet another mistake with Mí or Ti in Spanish, I’m not sure which, and she said in a throw away comment:

You do know that if you are following a preposition you have to use Mí, don’t you?

There was a silence whilst I processed that little gem of information and suddenly, all of my confusions turned to smoke and everything clicked into place.

It had been right in front of my face.

The answer was so simple! Yet, I had never seen it up until that moment. I could have kissed Cynthia at that moment, and probably did so. I also was very frustrated with her.

‘Why haven’t you told me that before?’ I asked her. ‘I thought you already knew it.’ She replied surprised.

Sure! That’s why I had been getting it wrong for so long!

Now, you don’t need to be confused any more. Just watch the Podcast to understand the Mí and Ti in Spanish and then, if you want more practice and a deeper understanding, you might be interested in our Helpsheets which are available on the website.