The Passive voice in Spanish and the Active voice. 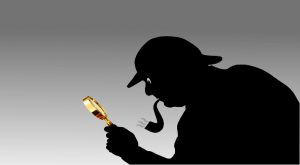 Once, whilst I was working in a college giving evening classes in Spanish I was asked to cover an ‘A’ level class for a teacher who was also a native speaker. In preparation for the class she talked me through the lesson plan for that day.  She said that we had to cover the ways of avoiding the Passive voice in Spanish.

As I sat there staring at her with my fake ‘I know exactly what you are talking about.’ face on, inside I was in panic. ‘What the hell was the Passive voice?’ I was asking myself. Up until that point I had never come across that name. Of course, I had used the Passive and Active voice millions of times in my life, I just didn’t know what it was called.

Fortunately, she put me out of my misery by giving me an example of both of them and I instantly knew what she meant. However, that was one of the moments in my learning journey that reinforced to me how idiotic the grammatical names are. Most times they don’t give any clue as to what they are referring. (Like the pluperfect/pluscuamperfecto, for example!)

So what is the Passive Voice?

Well, the Passive voice in Spanish and in English is the kind of sentence in which we don’t know who it was that did the act.  This is an example:

This is a Passive sentence because there are no perpetrators. We don’t know who built the building. We can, of course, add ‘by some men’ if we want to clear up the mystery, but the sentence can stand alone perfectly without the extra information.

It’s important to know that the Passive voice in Spanish is not commonly used in spoken language. Yet, in English it’s everywhere!

We love it in English.

The boy was arrested.

The table was set.

The swords were drawn.

Rather than using the passive voice in Spanish, however, they prefer to use the Active voice. ‘What’s that?’, I hear you ask. Well, the Active voice is the sentence in which we know exactly who did it, It’s the ‘whodunnit’ structure. Here are some examples:

They constructed the building in the 17th century.

The police arrested the boy.

The lady set the table.

The men drew the swords.

With the active voice, as you can see, all you need to do is to blame the people who did the act. Listen in to the Podcast as we show you this in detail with lots of examples.