What are connecting words in Spanish? 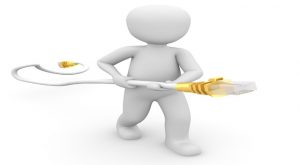 Of course, everyone has their favourites. For example, I know that one of my most favourite connecting words in Spanish is ‘vale’!

If anything, I probably over use it. However, I’ve noticed that when I speak in English I use ‘okay’ with the same frequency.

What is your favourite word?

Everyone has their own words that they tend to use as fillers and connectors as they piece together their sentences. It’s normal and it’s for that reason that we need to find the right connecting words in Spanish for us too.  When you listen to the Podcast you will hear a wide range of options. However, you don’t need to use all of them!

Our advice is for you to choose two or three at most. It’s not common for us to use many more in the spoken word. If anything, most of us use sounds like ‘uhm’, or ‘erm’ when we are thinking about what to say. So, choosing the right one for you is not life threatening.

The Argentinians are famous for using the word ‘este’ as one of their main connecting words in Spanish. For example there’s a joke that goes like this:

Answer: Este ¡guau! (Guau is the Spanish version of ‘woof’.)

It helps the flow.

The whole point of having these connecting words in Spanish or in any other language for that matter is to help the language flow along in a more musical fashion. Lots of Spanish speakers that I know here in Madrid use these words as a way of keeping control of the conversation. They often hang onto a word whilst they are thinking about what to say next. For example:

Choose a couple and use them to death.

You can’t really overdo the connecting words in Spanish because the simple fact is that people don’t really hear them. They aren’t part of the information so they are mostly dismissed. We only notice their absence rather than their presence.

So, our best advice is to grab a couple of them and get to work! Start using them in your conversation and watch how they help you to flow so much more!