Sentirse or Sentir in Spanish? 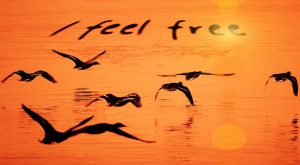 I recall feeling very confused about when to use Sentirse or Sentir in Spanish.  Cynthia would often correct me when I said things like, ‘Siento triste por…’. She would say: Eso no, Gordon. Es ‘Me siento triste…’

What wasn’t clear, however, was why. What was I doing wrong when I used Sentir in Spanish rather than Sentirse?

What’s clear about these kind of confusions is that if you ask a native speaker whose job isn’t in teaching (and sometimes when it is) they will often not be able to tell you why. Why is a tough one for them.

They can tell you perfectly well  ‘how’ to say something correctly. They just struggle to tell you why. That’s because native speakers have not learnt their language like we have to.

They have learnt what we call the melody of the language. You either sing the tune correctly or you hit a bum note. Their ears are tuned in and all of their language skill has been learnt, for the most part, unconsciously.

The answer to the ‘When’ question, however, is the pot of gold at the end of the rainbow.  When we know ‘when’ we have to say Sentir in Spanish and not Sentirse, we can begin to use it just like a native does.

How do I know that?

Because I have spent years asking native speakers the ‘why’ question and they rarely know the answer. yet, they speak the language perfectly. This has brought me to the conclusion that knowing ‘why’ has nothing to do with your ability to speak well or not.

I decline to learn Latin.

I recall having a lovely chap in one of my classes that could explain every part of a sentence down to the minutest detail. He would ask about accusatives and datives and all of those words that Latin scholars and people who have watched the Life of Brian use. Yet, when he tried to put all that knowledge into a basic sentence, well, he couldn’t. Knowing all the ‘whys’ and the ‘wherefores’ didn’t help him at all.

So, if you really want to know ‘when’ you should use Sentir in Spanish and when you should choose Sentirse instead, just watch the video and all will become clear….very quickly.