What is so special about the verb Poder in Spanish? 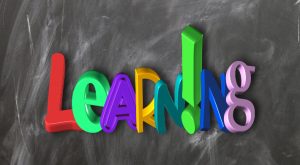 Well, that’s an interesting question. A more appropriate one, however, would be: What’s so special about the verb To Be Able in English? Because to be frank, it’s quite weird and very irregular in English.

Are you able to do this or can you do this?

The first issue that we have is that, unlike in Spanish, the verb ‘to be able’ is also used as ‘can’. However, the word ‘can’ cannot function as an infinitive. We can’t say: ‘I am going to can to do it.’ Rather we have to say, ‘I am going to be able to do it.’

With the verb Poder in Spanish, it’s much easier: Voy a poder hacerlo.

We probably are very aware that the verb Poder in Spanish is irregular in present tense. Yet did you realise that it is also irregular in English too? Look at this:

He/she/it can (not ‘cans’ which is the normal conjugation. e.g He eats, sleeps, works etc.)/Puede

So, as you can see, it’s missing the famous ‘s’ that appears in third person singular in most English verbs.

The Conditional ‘Could’, the Preterite ‘Could’ and the Imperfect ‘Could’.

Look at these examples:

Pude hacerlo. = I could do it (one off event in which I tried and I did it.)

e.g. The door was locked, but finally I could get in. = La puerta estaba cerrada con llave pero al final pude entrar.

Podía hacerlo. = I could do it (repetitive action in which I was able to do it many times.)

e.g. When i was younger I played the trumpet and I could do it well. = Cuando era joven tocaba la trompeta y podía hacerlo bien.

Podría hacerlo. = I could do it (If I wanted to do it. I have the capacity.)

e.g. Podría hacerlo si no hubiera otra opción. = I could do it if there were no other option.

So, it’s no wonder that we have so many issues when we are working on assimilating and understanding the verb Poder in Spanish. Although it’s irregular in Spanish it is nothing compared to the confusion we have with it in English. Imagine how it must be for a foreign person to have to learn the rules on the verb ‘to be able’.

So, before you start to complain bitterly about having problems with the verb Poder in Spanish, spare a thought for all of those people who never had the luxury of learning its English version unconsciously as we did.

Watch on as we talk you through this interesting verb.