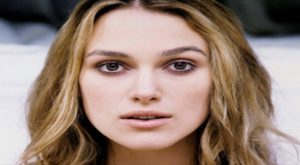 Cynthia and I have often asked ourselves: What is it that makes this verb so confusing to so many students of the Spanish language? Perhaps it’s because, running alongside Parecer in Spanish is it’s close cousin, Parecerse.

Quite often, when we are faced with multiple options, everything gets a little blurry. What doesn’t help is that the verb Aparecer which means ‘to appear’ (out of nowhere) is just like the English verb ‘to appear’ (to seem).

We’ve lost count of the times when a student has chosen Aparecer instead of Parecer in Spanish to say that a person seemed like something. For example:

Mi amigo aparecía triste. = My friend used to appear (out of nowhere, sad).

This sentence creates a strange imagery in our mind of some miserable friend who had the habit of turning up to events and bringing everyone down. jeje.

So, what is the difference between Parecerse and Parecer in Spanish?

As we explain in the podcast, Parecer in Spanish means to seem or to look like something. That’s not to say that you can use it to say that someone looks like someone else. No! That’s the job of Parecerse.

¿Qué te pasa? Pareces enfadado. = What’s up with you? You look/seem angry.

However, if you want to say that someone resembles another person, you use parecerse in this way:

What is important to note is that with Parecer in Spanish, there is no personal ‘A’ but with Parecerse, there is.  Without going into a long discussion as to why, just understand that the ‘A’ shows an interaction between two or more people, which exists in parecerse (She looks like Him.)

However, with Parecer in Spanish, there is no interaction (you seem pensive) between multiple people, so there is no need for the ‘A’.

The best way to really get this concept in you mind is to firstly, watch the podcast and listen to our examples live. Then, start practicing it as often as you can. It’s easy! Every time you see a Spanish speaking friend tell them they look great. Then tell them who they look like.

People love compliments so as long as you choose someone attractive to compare them to, you’ll be on to a winner. jeje.

That can’t be so difficult, can it?