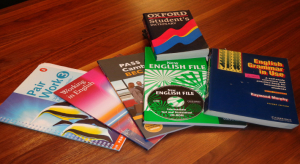 Thanks to the ongoing crisis, there is a enormous wave in Spain of the Spanish learning English. Why? Well, what they know is that if they are going to find work in their own country, then they will have to have something extra to offer the hiring company.

In addition to that, what is at the forefront of most of the Spanish learning English is that if they are to escape the crisis by heading off to other countries, then they must first have a good level of English to have any chance of getting the most basic of jobs.

All the major cities in the UK are now quite literally echoing with Spanish voices as they arrive in search of any kind of job that might be available.

Most times, the only jobs that they can get are minimum wage roles in restaurants. This may seem to be highly unfair, especially when you realise that most of the Spanish that arrive here are educated to degree standard. However, when faced with the choice  between maybe finding a minimum wage job in Spain, or working in the UK, the  logical action to take is to come to the UK.

Minimum wage in Spain is calculated monthly and equates to around 21 pounds per day. So, in an average 8 hour day they will earn less than 3 Euros per hour. Compare that to £6.50  an hour in the UK for those over 21.

No wonder, then, that so many of the Spanish youth are packing their bags and flying over the the UK with most major cities as their destination.

Parents are learning, too.

Another result of this mass exodus from Spain is that many parents are having to learn English, too? Why? Well, it’s inevitable that many of their children, once in the UK, are finding partners and settling down to have family.  Therefore, many Spanish parents need to learn Spanish so that they can communicate with their grandchildren, their daughter or son-in-law and, even more worrying for them, with the rest of the in-laws.

The one thing I do admire is the willingness of the Spanish to ‘have a go’. They always seem to make an effort to give it their best shot, even if they don’t always make it.

Now, in Spain, many English classes are filled with many parents in their fifties or more all trying to brush up, or start from zero with their English skills. In this podcast, we hear a similar story from Mercedes, my suegra (súper simpática) who is now attending English classes to better communicate with my English family.

I really admire her efforts and wish her every success. Who knows, one day we may even be able to interview her on LightSpeed English! jaja.