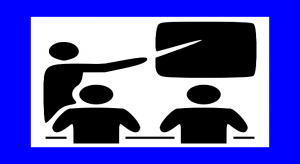 As we are sure you already know, the word ‘También’ means ‘also’ or ‘too’ and is used pretty much in the same way as it is used in the English language.

Likewise, the word ‘Tampoco’, which means ‘neither’ or ‘either’ has a similar role in Spanish as it does in English, except in its position in the sentence.

We’ll come to that presently.

Probably the most confusing part of using Tambien (También) is with GUSTAR.
(If you are wondering why we keep writing Tambien without an accent and then with, it’s for the search engines. Unfortunately, the majority of people do not put the accent on it when they are writing in Google. Very naughty!)

I recall feeling very confused when I would hear the Mexicans talking in our factory and saying in one breath: “Yo también.” and then in another: “A mí, también.”

What was going on?

Although at the time I had no idea why they would do that, and no one seemed to be able to explain the reason apart from saying: “¡Porque sí!” “Because we do!” I finally was able to understand why after taking the time to study this word.

Someone tells you they are hungry and you will answer: “Yo también” And the reason is that, just like in English, you are saying: “Me, too.”

However, someone tells you that they like beer and you will answer them with: “To me also.”

This is because the sentence: “Me gusta la cerveza.” does not really mean: “I like beer.”, but rather it literally means: “Beer is pleasing to me.” So, it’s for this reason that you have to make the above reply: “To me too.” or “A mí también. (tambien)

The same applies to all the other so called impersonal verbs like: IMPORTAR, FASCINAR, INTERESAR, SOBRAR and a host of others.

Once you watched the videoblog, all this will make a lot more sense.

This means neither or either and most times it either comes first or last in the sentence.

Another option, however, is to put Tampoco at the end. However, if you do that you must add NO to ensure you have the famous Spanish double negative.
No tengo sed, tampoco. = I’m not thirsty either.

Given the frequent use and importance of these two words in the Spanish language, it’s worth spending some time on them. And clearly, you can start by watching our video blog!