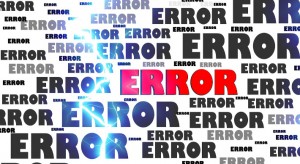 Being a Spanish teacher has many fun moments, but none as funny as the ones in which a student makes an error that is simply hilarious.

Why is it, however, that most times the error converts an innocent sentence into something totally vulgar or rude?

This happens nine times out of ten. Perhaps its the fact that so many rude words have an equivalent ‘normal’ with only one letter difference.

Probably the most common mistake is the mix up between POLLO (chicken) and its rather rude sister (or brother for that matter) POLLA (cock/dick).

A student of mine tells the story of when she first started going to Spain with her (then) husband. He knew the difference between the two words but she didn’t and every night in the restaurant he would encourage her to order “polla con patatas fritas”.

Each evening, oblivious to the sniggering coming from both her husband and the waiter, she would proudly ask for her “cock and chips” and, even more surprisingly, receive her chicken and chips without problem.

On the last night of her stay, she once again ordered her usual from a smiling Spanish waiter and waited for her meal to arrive.

Suddenly, all the waiters from the restaurant appeared at the table with a plate of chips with an enormous plastic willy stuck blot upright in the middle of it.

Finally, she realised what had happened and, as you might imagine, was very embarrassed.  The joke was on her!

Later that year, the tables turned and the joke was back on her husband when she divorced him and took half of his money! haha.

The Spanish Jokes work the other way too.

English is no safer than Spanish for the unwary student. Cynthia’s father, José Luis came to England to visit us and whilst here was obliged to use his limit English to ask for things when Cynthia and I weren’t around.

To ensure he had things right, he would say them to us at home and we would make the necessary adjustments. Despite his limited vocabulary and knowledge of English grammar he always seemed to get by. However, there were a couple of times when we were glad that he had told us what he intended to say.

José and Mercedes were going to the local café and Cynthia wanted to check how he planned to make the order:

What he had done was to faithfully translate “Un café solo.” which is ‘a black coffee’ or literally ‘a coffee on its own (without milk).

We all laughed about what the waitress would have thought of that strange order.

Then, one day he wanted to go to the bar and have a ‘cubata’. (Spirit with mixer.)

We nearly fell through the floor with laughter. What he meant was that he wanted a Whisky DYK, which is a well known Spanish brand, with a COKE.

Once more we thanked our lucky stars that he never got to order that drink! Goodness knows what kind of reaction he would have gotten from the barman in the small corner pub that he was heading off to.

Listen in to the podcast and hear the other hilarious Spanish jokes and fun stories we tell about what our students have said over the years.