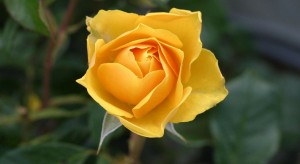 Before you watch this podcast-video, we suggest that you watch video 9 and 10 in the range of Subjunctive videos that we have made in which we help you with the structure of this tense.

The Spanish Imperfect Subjunctive seems to have the ability to strike fear into any serious student of the Spanish language. Why?

The title itself doesn’t help. What does imperfect mean? What about the word ‘subjunctive’? What on earth does that ‘quiere decir’?

The fact is, it really doesn’t matter what the name means. I long since decided that the linguists that chose the names of the tenses, at most, wanted to show off and, at least, completely ignored the fact that normal people were going to have to try and learn all those stupid names.

‘El pluscuamperfecto’ in Spanish or the ‘pluperfect’ in English is a great example of this. Who on earth decided to call it that?

Take that a little farther and put it into the subjunctive tense and you get:

If ever there was something designed to put you off learning a language, then this would be the one.

A rose by any other name

I had a student who, amongst other learning issues, was dyslexic. His dyslexia had led him to have various hang-ups about learning. One of these was when he was faced with the name of a tense. He would start to panic and, according to him, he wasn’t able to hear or imagine the name in his head.

To overcome this issue, he gave all the tenses new names and ones he could relate to.

He called the preterite Betty. The imperfect past was Rose etc., etc.

And the fact was that it really didn’t matter what name they had, as long as he was able to relate the name to the tense, then he was happy.

He would say: “Oh, your talking about Betty.” and I would reply: “Yes.” (I trusted that he knew the difference between Betty and Rose.)

If you know the name, then great, however, it’s far more important for you to know how the tense works and the way the verb is broken down.

Once again, as you listen to this podcast, your job is to identify each time that we use the Spanish Imperfect Subjunctive. More importantly, however, is to listen to what is said beforehand. What do we say that triggers off the need for the subjunctive?

Once you can identify and recognise that, you will have captured the spirit of this tense.