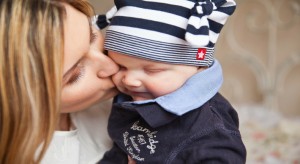 This is the third in the series of Spanish swear words and general profanities.  Please ensure that before you watch this video that you are 18 years of age or more. It contains strong language.

If someone is not a particularly good person, then you would be well within your rights to say: “Qué poca madre.” which probably translates along the lines of: “What a shit.”

When I asked why mums should have such ‘mala fama’ in Mexico, I was told that it stemmed back to the conquest of Mexico.

Hemán Cortés, the man who orchestrated the conquest of the Aztec people became involved with a Mexican woman called Doña Marina. As well as having children with her, Cortés used her in his overthrow of Mexico and since then she has become known as La Malinche, the woman who is seen as the treacherous mother of Mexico.

Since then, mothers have had a bad rap in Mexico. (You make one mistake..!)

Whatever the case,  it seems the case that throughout the Spanish speaking world, if you really want to insult someone then you bring into question the good standing of their mother.

In Spain, to express exasperation or to say something like: “What a guy!” in surprised way, they often say:

Which, translated directly is, “The mother that gave birth to you.”

By saying this you are questioning what on earth the mother of that person was thinking of bringing them into the world.

Stronger than that, however, is the reference to someone’s mum as a prostitute.

This is also one of the very common Spanish swear words.

However, to make it more personal, you might bring in the big poo guns and mix then with an insult about their mum.

“Me cago en tu puta madre.” Which literally means: “I poo on your bitch mother.”

This this is a very strong insult which can be used in a joking way, but only by those very skilled in its use. It is NOT recommended that you use this unless:

a, You are ready to run away at high speed.

b, You are alone in your bedroom.

c, You are with very good, life long Spanish friends who use that kind of language normally.

Please enjoy the podcast and take it all with a pinch of salt. We do.