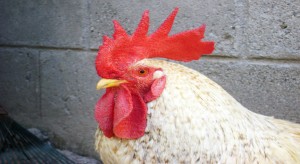 For those of our followers who have already watched or listened to our previous podcast on Spanish swear words, then you will know that the Spanish are very good at cursing. In fact, swearing is as much a part of their life as is tortilla española or la paella.

It’s important to add the disclaimer that the Spanish swear words we cover in this podcast only apply to Spain and are NOT something we recommend you to use carelessly. In other Spanish speaking countries they could be considered very offensive.

Let’s focus on this particular expression in the blog. The reason for this is that it’s probably one of the most common and interesting Spanish insults.

In English we have something similar in our expression, “Shove it up your arse.”

The Spanish are very frequently telling people to “¡Vete a tomar por culo!” which, literally is “Go and take it up the bum.”

The thing is, just like the English expression, “Bugger off.” the original meaning is no longer appropriate nor current and so, “Vete a tomar por culo.” really means, “P…s off, F…k off”, or “Bugger off”.

The fact is that in Spain, the word “culo” and the phrase “por el culo” appear everywhere. I recall that in the lead up to the 2005 “noche vieja” (New Year’s Eve) everyone was talking about the suggestion made by a famous TV celebrity. He had suggested that everyone in the country should wish each other a Happy New Year in this fashion:

And, effectively, that’s what everyone did.

Being a curious person, I had to ask about the expression as I was unfamiliar with the verb HINCAR, which I was informed meant to plunge, stab or thrust.

Then, continuing with my line of questioning, I asked what, to me, was the more intriguing question:

There then followed a moment of extreme embarrassment in which everyone in my Spanish family went red in the face.  Finally, after a long pause, Cynthia said to me: “Bueno, ¿qué crees que será, Gordon?”

It was then that I realised that the ‘LA’ referred to that infamous word that so many students get mixed up with ‘pollo’ and that is, “polla”, which means ‘cock’ or ‘dick’.

It was then that I really understood the relaxed and groovy attitude that Spanish people have toward Spanish swear words and profanities.

I don’t need to translate the sentence for you, for I’m sure you can work out what virtually the entire Spanish nation was saying to one another as a New Year greeting. je je

Enjoy the podcast. And don’t take it personally. We really did it for a bit of fun and and education. After all, if you are going to Spain, you are going to hear these words, like it or not!