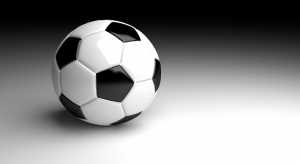 There exists a tremendous rivalry between ‘los madrileños’ from Madrid and ‘los barceloneses’ from Barcelona.

One would imagine that the rivalry exists specifically because of football and the fact that the two great cities have two of the best football teams in the world.

It goes much further back than that.

According to my sources (mi suegro/my father-in-law) the problems between Barcelona and Madrid started in the year 1700 when there was a war between the then king of Spain, who was French and the pretender to the throne, who was Austrian.

The ‘catalanes’ were beaten in their attempts to win the throne of Spain and since then, there has been ‘un pique’, or resentment between the two cities.

Clearly, this feeling shows up in the rivalry that exists between the two football teams.

In the video-podcast we see a hilarious example of how football can cause friction even in the same household. José, Cynthia’s father, is a dyed in the wool supporter of Real Madrid, (madridista/merengue) whilst Mercedes supports el Barça (culés).

To say that Mercedes supports el Barça is stretching the truth a little. As you will see in the podcast, she actually knows very little about the team and frequently needs help from José when talking about the players.

She admits during the podcast that the only reason that she follows Barcelona is to go against José and have a bit of fun.

And that is what happens in the podcast. The dynamic between the two is very funny, with Mercedes struggling to muster up a convincing argument as to why her team is better. Finally, after losing the argument various times she plumbs for criticising Real Madrid’s financial situation, which, on the face of it, seems to be far worse than that of Barcelona.

Fortunately, both of them take the whole situation with a pinch of salt and the banter is very friendly and fun. In Spain, however, things aren’t taken quite as lightly and the serious supporters are exactly that. They take their team and every result personally.

Whenever there is a match between the two rivals, Madrid vs Barcelona, just about every bar in the two cities is filled to capacity with ardent supporters shouting for their team.

Personally, football isn’t something that interests me (Gordon). As a child my father used to take me to watch Sunderland and I feel that the entire experience left me traumatised. He he. (I apologise to any Sunderland supporters.)

If you ever choose to visit Spain, however, you must be prepared to have at least one conversation about football, even if it’s just to say: “No lo entiendo.” (I don’t understand it.) or even more daringly, “No me interesa.” (It doesn’t interest me.)

We hope you enjoy the podcast as much as we did.