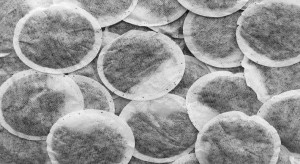 In this podcast Cynthia and I talk about some funny things that happened to us during our Christmas break. (Listen to the podcast and you’ll understand ‘el significado de’ the teabag photo.)

It offers you an ideal opportunity to test your listening skills.

The Spanish stories we tell are simple, day to day things that happened whilst we spent time in Spain with Cynthia’s family during the Christmas break.

Listening well is a learnt skill.

It’s worth spending a little time discussing the merits of being an accomplished listener. In my years of teaching thousands of people, I have discovered that some people are great at listening, whilst some others are absolutely rubbish at it.

Quite why this is the case, I don’t really know, save to say that I think it may have something to do with focus, interest in others and fear.  (But not necessarily in that order.)

This inability to hear what is being said, along with a struggle to distinguish the subtleties of sound seems to create in the listener what I have come to call Auditory Dyslexia.

I recall talking with an English friend once in Spanish and she was trying to say the word, ‘EMBAJADA’ or embassy.

The problem was that she was saying: “EMBASADA”. I corrected her, as did her Spanish partner and she said, “Ah, vale.”, and then continued on to say “EMBASADA” over and over again without the slightest adjustment to her poor pronunciation.

This was in the early days and at that time I thought that she simply couldn’t care less about pronunciation.

There is a solution.

There’s a famous story about an experiment that Einstein made with someone who was tone deaf. He spent some quality time with the person presenting them enormously different sounds that were easy to distinguish and gradually gaving them sounds with differences that were less easy to hear.

The end result was that the person was finally able to copy different tones that at first they couldn’t even hear. And this was all done in one sitting.

You’ve done it once.

The fact is, if you’ve learnt a language once, and done a fairly good job at it, then you can do it again.

Some people have a natural flare for languages, they can copy accents and seem to pick up on sounds easily. They, however, are in the minority. The majority of us have to work at it. And in that sentence lies the secret.

Learning to hear sounds in Spanish is a job that deserves your attention. If you find that your teachers and Spanish speaking friends are correcting your pronunciation, that’s a signal that you need to do more work.

Here are some quick tips:

Read out loud to your friends/teacher/self.

It’s great practice. Take time to work specifically on the sounds of the words.

Copy individual words until you have them beaten.

Listen to something multiple times.

Listen until you have it. This can mean listening and copying 20, 30, 40 times. There is no value in rushing and ending up with bad pronunciation or the wrong end of the stick.

No matter what they say, practice is the mother of all learning. Be tenacious, like a bull terrier. Don’t let go until you have it!

And so, I will now leave you to watch or listen to the podcast and our funny Spanish stories. Enjoy it. We did!