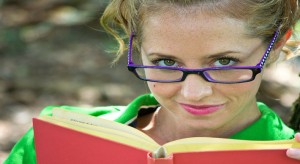 Tips on the Spanish Preterite.

In the previous blog we said all we wanted to say on the subject of why we should learn the Spanish preterite.
In this blog, then, which is the second in the series of the stem changing, irregular Spanish preterite, we will focus on some interesting tips of how the preterite is used.
We’ve covered this before, but as repetition is the mother of all learning, it cannot do any harm. ¿Verdad?

Did you realise that one limitation of the preterite is that it is totally sequential? That means that you can only use it to either speak about a specific event or to list a sequence of events.
You are not able to use the preterite to talk about two or more things that happened at the same time.
That’s the job of the Imperfect past. That’s why we say that you should listen out for the “was…ing, were…ing as a sign for when you need to use the Imperfect (ABA/ÍA)

Look at this sentence. Where did I fall?

If you thought that I fell whilst I was coming down the stairs you would be wrong.

FIRST I came down the stairs. THEN I fell. THEN I left the house.

Because I used the Spanish preterite, which cannot overlap events, my coming down the stairs was one completed event.

This explains the rather strange way that the theory books talk about the preterite as a “completed action”. This is a term which has caused a mountain of confusion given that most students think it means that it’s an event that has been completed. In reality, EVERY past event has been completed. No wonder we get confused.

What they should say is that it is an event that has a clear beginning and end, or to be even more clear, an event that is totally measurable.

One interesting thing about the Spanish preterite is that, by choosing to use it you are showing that you CAN measure a particular event, even if you don’t actually mention a measurement in your sentence.

For example, the difference between saying, “Estaba aquí esta mañana.” and “Estuvo aquí esta mañana.” is that by using the preterite you are inferring that you could quite possibly put a time on his stay and that the event is over. He is no longer here.

By using the imperfect, however, you are intimating that you really don’t know how long he was present. You know he was here but that’s about it. There’s also a possibility that he is still here. With the imperfect everything is vague and unmeasurable.

There you have some handy observations about how to choose the Spanish preterite. We hope you found them valuable. All these tips and so much more are to be found in our Helpsheets, too, which have been designed with you in mind.