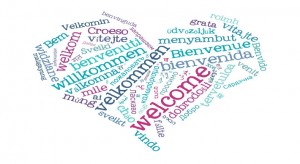 Why is it so challenging?

If you are new to Spanish, or a seasoned student, the Spanish preterite will always be a challenging area of learning. The reason for that is that if we set it against any other tense found within Spanish grammar, it will come out hands down as the most irregular.

It’s the only tense that doesn’t follow the standard endings that we find repeating themselves in every other and along with that, it often creates vague and changeable meanings to the verb.

All the more reason to learn it.

It’s for these very facts that the Spanish preterite is so important. We use the preterite tense so frequently that unless we can command it well “hasta dominarlo” our Spanish will always struggle along.

The good news is that because of the fact that we have no choice but to frequently use it, these irregularities can be easily learned through dogged repetition. (The greatest way of learning.)

Regularity with its irregularities.

This mean seem like an ‘oxymoron’, but the simple truth is that the irregular preterite, which is what we focus on in this particular podcast, is really quite regular. It would be better to view it more like an extra tense than a weird preterite one.

Apart from vowel changes which in themselves are grouped into families, the pattern of what is called the irregular Spanish preterite is very reliable and consistently repeats itself.

A frequent error made by students when they use the irregular Spanish preterite is to continue to add the emphasis to the end of the word, as though it had a tilde/accent like the regular preterite.

This is not the case and if you look at the conjugations of the irregular, stem changing Spanish preterite. There are no accents, thus demanding that the emphasis or ‘golpe de voz’ goes on the second last vowel.

Therefore, to say, “He said”, you must not push the emphasis to the end as many people do and say: “Él dijÓ”. Rather, the emphasis falls on the letter ‘I’ to give you the more smooth (and beautifully sounding) “dIjo.”

This applies to all of the stem changing preterite verbs, so be ever so careful when you use them. When you listen in to the following video podcast pay special attention to the way we pronounce the examples we give.

Remember that all of our podcasts come with a transcription, translation and a great Helpsheet that will guide you through the important parts of each grammar subject as well as test your understanding.