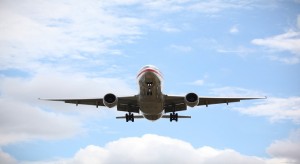 According to the current statistics, more than one million Americans actually live in Mexico. On top of that, many tens of millions travel to Latin American countries every year, not to speak of those who cross the Atlantic to visit Spain.

In the U.K., more than 70% of all people who travel abroad go to Spanish resorts.

In our book, that’s a lot of travelling and of course, when travelling in Spanish speaking countries, it’s important to have the appropriate vocabulary.

We admit that, in most tourist zones there is little need to speak Spanish as the majority of services offered to the travellers cater for multiple languages with English being top of the list.

Off the Beaten Track

However, step only a tiny bit off the beaten track into what we could describe as ” normal people” country, and you will find a distinct lack of bilingual speakers.

This often catches people off guard. We have lost count of the times that people have called us in a panic saying that they have bought a house in Spain and, to quote them, “Nobody in the village speaks English!. Quick! I need lots of Spanish vocabulary!”

To “ASSUME” makes an ASS of U and ME.

Why we should assume that everyone in the world can speak English doesn’t really make sense at all. Naturally, English is the international language for those who move around the world, yet, for the majority, travelling from country to country isn’t an option. Clearly, for them, their native language is all they will ever need to speak.

In Spain, for example, the vast majority of Spaniards choose to holiday in their own country. They rarely travel to other countries as a rule.  So, although you will find in Spain a level of English slightly better than that of the Spanish spoken in the U.K.  it is still spoken at a low level  and with a heavy accent.

At Least have the Minimum.

So, when travelling through a Spanish speaking country, it’s advisable to at least have the basics of Spanish vocabulary. In this podcast we talk you through some key travelling vocabulary for Airports and Taxis. After all, there’s nothing worse than jumping into a taxi and finding that the driver doesn’t speak a word of English.  (Apparently, that can happen in New York these days. haha)

Our podcasts are all backed up with fully padded out helpsheets that explain all of the expressions and terms that we use during the podcast. In addition to that, we provide a full transcription and translation of all of the conversations we have.

We hope you will find them of great use in your studies.