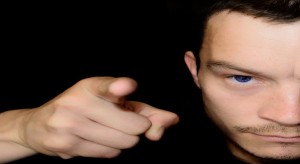 The Imperative tense is a widely and oft used tense in all Spanish speaking countries. If you learn to use it well then you will find people will respond positively to your requests. However, like all tenses, if you use it badly then it could work against you.

This is less the case with Spanish Commands. The reason for that is that there is a certain amount of politeness already built into them. You can tell someone to sit using an informal tone, or, if needed, you can tell them to sit whilst remaining very formal.

It’s for this reason that it’s best to have this tense fairly clear in your mind before you start running around telling people what to do in Spanish.

I recall moving to Mexico and starting to work in my company’s new factory in Aguascalientes. I had only six months of Spanish classes (self taught, too) behind me and without doubt I must have made a mountain of mistakes, especially when I was trying to get people to do what I wanted them to do.

What was even more impactful was that it was there that I first came across the Spanish Commands. Before, whilst I worked in Morocco, the people in my factories talked to me with lots of pleases and thank yous and they called me Monsieur Gordon (lol).

Then, I arrived at the factory in Mexico and discovered that my name meant ‘Fat man’ which was a blow. Then, I found people were saying to me things like: ¡VEN! = Come here, without even a please!

For the first few times I made them say: VEN, POR FAVOR but after a while I gave up and accepted that the Spanish commands were just a normal part of their spoken Spanish.

In this Video podcast we help you with this rather troublesome but vitally important tense so that you can use it with confidence and not be shocked when Spanish people start ordering you around. lol

All of our podcasts are backed up by comprehensive helpsheets and transcriptions of any spoken Spanish to provide you with the best learning experience possible.