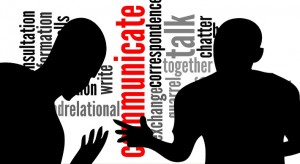 One of the most frequent reasons we hear for people learning Spanish is so that they can have “a chat” with the locals in their favourite holiday resort.  Naturally, “a chat” can mean many things to many people and there are different levels of “chatting” that go from asking someone how they are to asking their opinion on the political climate.

During the 90’s in the U.K. there was a surge in the number of people learning Spanish. This was because 80% of people who went abroad for their holidays went to Spain. Not only that but a lot of people were making plans to retire to Spain and realised that they need to get the “lingo” if they were to survive out there.

The problem was that most people who wanted to learn Spanish were terrified of GRAMMAR. This was a throw back from their school days that they had never learnt to overcome and so many colleges that offered Spanish were getting requests for courses that focussed more on the spoken word than on grammatical structure.

Because of this obvious marketing opportunity, there suddenly appeared on the market a plethora of Spanish classes entitled, “Beginner’s Conversational Spanish.”

Now, for anyone who has learnt a language, you will know that no such thing exists.  Conversing in Spanish or in any other language for that matter is a skill that demands high levels of knowledge and vocabulary, not to speak of a  tremendous command of the tenses.

Yet, despite being mis-sold, the classes proved very popular and as a result an entire generation of Spanish speakers were spawned that without any concious awareness went about killing the language with every sentence they uttered and striking fear into every Spanish waiter this side of the costas.

Fortunately, the more serious people learning Spanish these days realise that grammar is a fundamental part of learning. And although it’s not easy at first, they are getting to grips with the fact that it must go hand in hand with with learning vocabulary and useful expressions.

So, it’s in this podcast that we aim to give you some useful ways of making conversation in Spanish. We show you how to give opinions and ask others for theirs.

We give you real life examples of how to respond if you agree with what someone says and what to do if you don’t.

Knowing how to ask these kinds of open questions is the key to instigating great conversations and will give you the opportunity to listen, a great skill that not many people are capable of and yet can be the making of your Spanish.

Join us as we talk you through some key ways to really converse in Spanish.