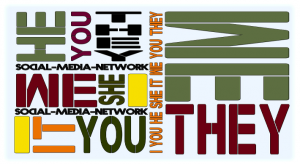 So, what’s the big deal?

Well, the big deal is that as students of the Spanish language, we choose the wrong one, VERY OFTEN. lol. One of the reasons that we have problems with these two verbs is that, normally, in our own language we have only one.

Also, errors occur when we don’t understand how the two verbs work and what they really mean.

The idea of this video blog is to help you understand how these verbs work and in what situations you would choose one against the other.

Once we have addressed the SER and ESTAR conundrum, we´ll move on to look at the Preterite and Imperfect tenses. The reason for this is that we have found that many students get the rules mixed up between SER and ESTAR and PRETERITE and IMPERFECT. As you can imagine, this can make what was already a tricky situation into a distaster!

The last video in the series will the one in which we pull together everything and look at the WAS words that have caused us all so many issues and frustration.

Why are there two verbs TO BE?

So many times I’m asked that question and my answer tends to be the same every time.

I have no idea…they just do.

This is not the answer that the students expect, but, in my opinion, it’s the only one that has any validity. Why? Because sometimes asking why doesn’t help you at all. Some things just are, an my suggestion is that when faced with strange situations like  SER and ESTAR, it’s best just to accept it and get on understanding HOW to deal with it.

When to choose SER

Ser is a verb that principally deals with the expected, the normal, our shared beliefs or what we perceive as permanent things.

In the video I cover a range of situations in which SER is used along with a way to think about it that might help you make the right choice in the future.

What colour is grass?

I imagine that the first answer that came to mind is “green”.

This is what we call a shared belief. It’s what we expect.  AND THIS IS “SER”

However, that doesn’t get away from the fact that grass can often be others colours, right?

If it gets no sun, it can be yellow. If it is dying it can be brown. However, this is not normal. It’s not the colour that we expect grass to be.

When something does not fit into our shared expectation, or even our individual expectation WE USE ESTAR.

La hierba ESTÁ marrón. (ESTAR, outside of the normal.)

La hierba ESTÁ amarillo. (ESTAR, outside of the normal.)

Using this system along with all the others that you already have will help to plug the gaps in the areas in which the other rules either don’t apply or are not as clear.

Remember: Native Spanish speakers don’t need to know these rules, nor think about them. They know them naturally, from having spent years hearing every possible combination there is.

As students of the language, we don’t have that luxury.

So, listen in and watch on and together “podemos lograrlo”.