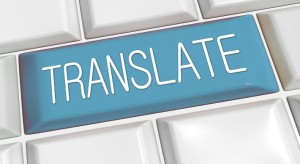 Some years ago there was a T.V. programme here in the U.K. called,  “Not only but also.” which when it came out in Spanish was called, “No sólo, sino.”

It’s this expression that we hear used such a lot when Spanish speakers want to describe something that has more than one effect.

Not only do you bring joy to my life, but you also make me feel valued.

The temptation for many students of Spanish when confronted with a sentence with this structure is to use the word “BUT”, which is “PERO”.

However, this is the BIG mistake. Whenever you find yourself saying “not only”, you must use SINO in Spanish.

The interesting thing is that it doesn’t just work with “no sólo”, but rather, on its own.

We´ll not tell you what that is here, but rather suggest that you listen in to the podcast to discover the other way that  SINO in Spanish works.

I recall (Gordon) many years ago struggling to work out how to say, “I’m good at it.” in Spanish. I tried various formats from, “Soy muy bueno en ello.”, a rather strained direct translation that really doesn’t work that well. I wondered if I could say, ” Lo hago muy bien.” , literally, “I do it well.”

Like most expressions, however, there really isn’t always a good way to directly translate them and any attempts to make direct translations of the many idiomatic expressions we have in English can get you into a right sticky fix. (That’s one, by the way.)

This is the danger of trying to translate expressions literally. lol

So, the way a Spanish speaker would say, “I’m good at it.” is to say, “Se me da bien.” which, like many expressions, translates woefully from one language to another.  The translation would be something like, “It gives itself to me well.” which, if you said that to an English speaker, would mean very little.

Listen in to our podcast to see and hear how we put that into conversation and how we can apply it to others, also.

All of our podcasts come with a comprehensive Helpsheet designed to take you through a step by step understanding of these subjects and then test your understanding. We hope they will be of value to you.