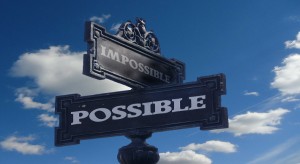 What is the Spanish Conditional Tense?

The Spanish Conditional tense is a frequently used and important part of Spanish grammar. Its job, in essence, is to give a sense of what could be, what should be, or what would be possible.

An old English teacher of mine called it the EXCUSE tense. He said that if he could, he would ban it from use. His reasoning was that when people used it, it more than often was their way of saying they weren’t going to do something. Most often, it’s followed by the word BUT, which is an acronym for Behold the Underlying Truth. lol

I would eat more vegetables BUT I don’t like them. (And so I’m not eating them.)

We would have arrived earlier BUT… (We didn’t arrive earlier.)

So, as you can see, the Spanish conditional works very much in the same way as does the English version.

It’s not always an excuse tense.

Of course, the conditional can be used for other things such as talking about possibilities and desires.

You can use it to talk about what you would like by using GUSTAR.

Me gustaría tomar un café. = I would like to have a coffee.

Or what you could do:

Podría hacerlo. = I could do it.

Maybe you have already seen a construction with the Spanish conditional along with the imperfect subjunctive, like this:

As this podcast is for beginners, then this particular construction will not be covered here. However, to know more you could always watch our Subjunctive range found on Youtube.

So, join us to find out how to make the Spanish Conditional tense and to hear how it is used. Of course, our Helpsheets available on our website will guide and assist you to really grasp this tense and use it like a true native speaker.