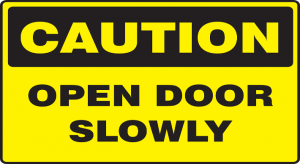 Before we look at what a Spanish adverb is, we had better examine just what an adverb is.

These are probably one of the little understood parts of English grammar. In fact, so misunderstood are they that they are often omitted from spoken language.

An ADVERB is, as it’s name implies, an ADJECTIVE (describing word) that pretends to be a VERB (doing word). How it does that is by tagging LY to its end.

So, for example, let’s think of the adjective HAPPY. We know we use it to say things like, “I am happy”. However, if we want to make that into an action, we have to change it to:

“I do the work happily.”

One adverb which is very much misunderstood is the word “WELL” and its opposite number “BADLY”.

If you want to be grammatically correct in English, then when someone asks you the question:

You should answer with:

Unfortunately, more and more the answer is heard:

In itself, this isn’t a problem except when you are learning another language, such as Spanish. The fact is that we simply cannot mess about with the Spanish adverbs such as BIEN and MAL as much as we do with the English ones.

You see, GOOD and BAD are ADJECTIVES, not ADVERBS.

So, when you say, “I’M GOOD“, or SOY BUENO in Spanish, you are referring to the type of person that you are. You are saying: “I’M A GOOD PERSON.” and not actually commenting on your state of being, as you do when you say “ESTOY BIEN” which means “I’M FINE/WELL.”

Even worse, if you mix up the verb with the adjective and say: “ESTOY BUENO”, you are actually saying, “I’M SEXY“.

Now, that might be true, but it isn’t something that you want to go around telling people. Better that you let them make their own mind up on that, don’t you think? lol

The same applies with the words, MAL and MALO.

You use MAL when you want to say that you are feeling bad. “ESTOY MAL” whereas MALO means bad in another way, like a bad person. So, if you say, “SOY MALO” you are saying that you are intrinsically BAD/WICKED/EVIL.

The correct version is to say: “ESTOY MAL“, which describes your current state: “I’M POORLY/ILL“.

Of all the Spanish adverbs, these are probably the ones that create most problems, however, in this podcast we help you understand how to construct all the adverbs and what their job is.

It’s really worth becoming familiar with them, and when you do, your Spanish, as well as your Spanish Adverbs,  will move forward to a new level of excellence.