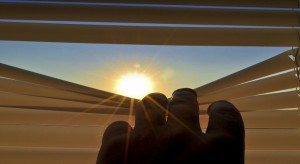 The Weather in Spanish.

The weather in Spanish is an interesting subject to learn. That’s not to say that Spanish speakers are as obsessed about it as the English, for example. It is, however, a very nice conversation piece to use when you want to instigate a chat or just pass the time of day with someone.

In fact, it’s pretty much an international language in itself. No matter who you are with, or where you are, being able to pull out a few little expressions about the weather can ingratiate you with most folk.

The issue is, of course, that the weather in Spanish is not spoken about in the same way as English. Or at least, not all the time.

The use of HACE,

It has to be said that Spanish speakers do use the verb HACER a lot, in many aspects of their spoken and written Spanish. And none more than when they are talking about the weather in Spanish.

Ceratinly, in my experience as a Spanish teacher, I have noticed that talking about the weather in Spanish has a tremendous amount of pitfalls.  There are two verbs that seem to catch so many people out.

The first is LLOVER = TO RAIN

Firstly, this is irregular and the O becomes UE. To add insult to injury, students have to learn the noun, “LA LLUVIA” = THE RAIN, the indicative, “LLUEVE”= IT RAINS/IT’S RAINING and the present continuous, “ESTÁ LLOVIENDO” = IT’S RAINING (RIGHT NOW).

No wonder things get mixed up!

The second confusing verb is NEVAR = TO SNOW

This, too, is irregular and the E becomes IE. This also has the noun, “LA NIEVE” = THE SNOW, the indicative, “NIEVA” = IT SNOWS/ IT’S SNOWING and the present continuous, “ESTÁ NEVANDO” = IT’S SNOWING (RIGHT NOW)

Take that mix of options and then try to talk about the weather in the past and you find it getting wrapped around your neck like a winter scarf. lol.

It’s not all bad.

Fear not, however, talking about the weather in Spanish isn’t so bad once you have understood the main structure of how they make their sentences.  Practice makes perfect, too, and we recommend that you watch this video a number of times to really grasp the structures. The helpsheets are also  filled with great help and advice as well as tests to help you to get it right first time.

And, of course, if you make a point of going to countries in which it’s sunny all the time, you can save yourself a lot of trouble and only have to learn: