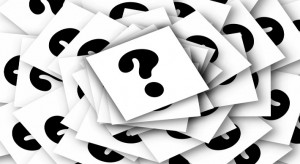 Here and There in Spanish.

Have you ever been confused by the different words for Here and There in Spanish? There are certainly more than you might imagine. Perhaps you have heard a Spanish speaker say: “Ven aquí.” only to hear another say: “Ven para acá.”

Or have you heard someone say: “El mercado está allá.” only to hear someone else say: ” La estación está allí”. Then, of course, there’s always the option of saying: “Mira, está ahí.”

Faced with this confusion about just how to say Here and There in Spanish, you may find yourself worried that you might make a mistake.

The truth of the matter is that it’s not so difficult. As you watch or listen to this podcast, however, you should notice that even to a native Spanish speaker, (Cynthia) there is a bit of confusion as to whether AHÍ meant SPECIFICALLY THERE or GENERALLY THERE.

The reality is that AHÍ means THERE, very specifically. Imagine a spot on a piece of paper. The spot is AHÍ.

In Spain, ALLÍ is THERE but in a  more general context. It’s still quite specific an area, yet not as defined as a spot on the paper.  You could say, “Cuando estaba allí.” = When I was there.

The biggest difficulty is that each country, region and area has its own rules about what each one means. For example, many L.A. countries use ALLÁ much more than ALLÍ.

Is it Scon or Scone?

Arguing about the meaning of a word can often be an exercise in futility given that the meaning depends on the person and not the word. Throughout the Spanish speaking word there are countless examples of verbs that in one country mean one thing, and in another mean something completely different.

One student said that his Peruvian teacher had told him that to “remove” something was “remover”. Yet in Spain, “Remover” means “to stir” and Spanish speakers use “quitar” to mean “to remove”.

What do I do then?

The best way to deal with these kind of issues is to pay attention, or simply ask the people in the area in which you holiday, visit or live. Then, you copy them.

Having said all of this, this doesn’t make the information in this podcast worthless. It is still valuable and can be used as a guide of what might be called “standard Spanish” until such time as you find out what goes on in the area you find yourself in.

Remember, the Spanish language is fluid, flexible and ever changing and so to avoid frustration and confusion, the ideal is that you keep an open mind to everything that you learn and when you hear someone say the words “Always” and “Never”, then start to doubt them. Trust us, after many years of teaching we have realised that in Spanish, “always” and “never” simply don’t exist.