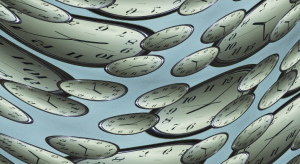 Have you wondered how to say, AGO in Spanish?

Just as in English, in Spanish there is a specific way to say: “Ten years ago.” or, “Three weeks ago” At first, it might seem a little confusing, given that Spanish speakers put the “Ago” in a different place to us, and that rather than saying, “Ago”, they say, “It makes”.

Yes, that’s right. The equivalent Spanish phrase to the English, “Ten years ago.” is “It makes ten years”

Why do they use Hace?

There is no real answer to this question. In fact, it’s just these kinds of questions that can cause us a hiccough in our learning progress. The reason for that is because once you begin to learn another language you quickly find that many of  the rules you have known and used all of your life in your own language simply don’t apply any more.

The best way to deal with these kind of anomalies is to just accept them as the Spanish way. Trust that after a while, using Hacer to talk about time will seem like the most natural thing in the world. You may even start to discover that your English begins to sound a little weird when you speak.

Let me give you an example of this.

The other day, I (Gordon) was with my two year old son, Sebastián, and I noticed that he was putting his fingers in the door jam. Without thinking I said to him in English, “Sebastián, be careful because you might make your fingers damage.”

At the time the sentence sounded perfectly fine to me, until Cynthia began to laugh loudly and bring to my attention that what I had said was in no way an English sentence. I had used the Spanish structure of, “hacerte daño” in an English sentence. For some reason, this was very funny to Cynthia and so she then proceeded to tell all of my family what I had done.

The same applies to the use of Hace when you talk about time, or the way Spanish speakers say that they “have years”, or “cold”. The more  you use these words and phrases, the more they will sound perfectly fine to you.  So, say hello to some new language structures and say goodbye to your English. lol.

In this podcast we also cover how to say, “since 1999” or “from March of this year” as well as “for the last ten years”.

We hope you find it to be of value and will see you in the next podcast.