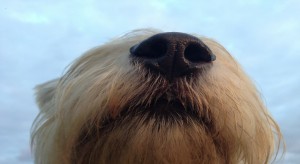 Putting Emphasis on your Emphasis.

A student of ours had some Spanish pronunciation problems when he once tried to buy some sugar in a shop in Spain and spent a good while repeating the same word over and over again with no success. Finally, defeated, he left the shop without his “azúcar”. The problem he had was that he wasn’t putting the emphasis, “el golpe de voz” in the right place.

Rather than saying; azUcar, he was saying; azucAr. Now, that may seem like a minor infraction, but believe us when we tell you that just by changing where the emphasis goes on a word can completely confuse your listener.

So how do I know where to put the emphasis?

Well, this is where some little tips can help you in a big way. In this Podcast we give you three great ways of knowing just exactly where to place the stress on any Spanish word.  There is “The Nose Rule”, “The Broken Nose Rule”, and then, “Everything Else”.

Once you have these simple rules in your head, your Spanish pronunciation will be great and you will always know how a word should be pronounced, even if you don’t know the word. As anyone who has learnt English will know, being able to pronounce correctly an unknown word is a real luxury. Because Spanish is phonetic, that means that as you see the word you say it, there is never any mystery apart from which vowel to stress.

Now, with this useful Podcast, the last part of the puzzle fits into place.

A Big Tip on Spanish Pronunciation.

Did you realise that the stress in any word always falls on a vowel in Spanish pronunciation (and in English for that matter)?  Now that you know that fact and combine it with the learnings we offer you in the Podcast, then from now on, you should be able to pronounce perfectly every Spanish words and, more importantly, make yourself understood.

We hope this helps and wish you every success in your future Spanish pronunciation and sugar purchases.