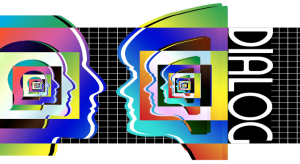 In these two interviews, one with Quique Lorenzo and the other with Maribel Durán we have the chance to take a look at and a listen to two different Spanish mainland accents.

Quique is bilingual and speaks Castillian Spanish as well as Catalan fluently. Despite his links with Catalonia, however, when he speaks Spanish his accent is noticeably southern.

In contrast, Maribel was born and raised in Madrid and so her accent has all the hallmarks of what is recognised as the typical ‘madrileño’ accent.

The task you have when you listen to these two interviews with what we could call ‘real Spanish speakers’ (that means any native speaker of Spanish) is to see how many differences in style you can notice. This can be not only in pronunciation but also in tonality. Different countries and areas have different tonalities and melodies to their spoken word.

Can you hear any of these differences?

When I first began to learn Spanish, I was fairly oblivious to the finer distinctions between accents. The plain fact was that my mind was working at a million miles and hour just to capture the meaning of the words I was hearing.

At the beginning the last concern on my mind was wondering where the speaker came from. However, as time moves on and you become less frantic whilst you listen it becomes easier to hear the differences.

One of the easiest differences to detect in the spoken word of real Spanish speakers is whether they use the TH or the S sound.

However,  just because someone doesn’t use the TH sound when they speak (known as el ceceo) doesn’t necessarily mean that they must be from Latin America.

The fact is that many mainland Spanish speakers use the S sound and they tend to come from Andalusia.

Also, in the Canary islands, the native speakers use the S sound (known as el seseo). Obviously, it seems that the entire continent of Spanish speaking Latin America also use the seseo.

Which is the easiest Spanish accent to understand?

Personally, I find that Spanish speakers in the north of Spain tend to be more easy to understand than those from the south. However, another important factor that I find influences my own ability to understand is how an individual annunciates their words.

Some people simply speak clearly and gesture in a way that clarifies what they are saying. It’s important to them that people understand them.  I love listening to these kind of people.

Then there are those people who barely open their mouth when they speak. They make no gestures and swallow their words. Listening to these people is a really difficult job and personally takes a lot of the joy out of the conversation.

When you are learning Spanish, seek out the people from the first category. Learning real Spanish doesn’t need to be a chore. So, if you stumble across someone and you can’t understand a word they are saying…..RUN! lol

Video & Transcript for This Spanish Lesson

Below you’ll find a link to purchase a transcription of our conversation with Maribel. At the moment, we’re hard at work on the transcription for our chat with Quique. Once it’s ready, you’ll be the first to know.

Please check back soon for the transcript of our conversation with Quique, which should be ready soon.