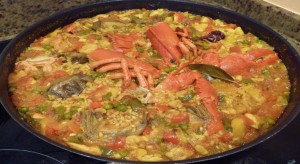 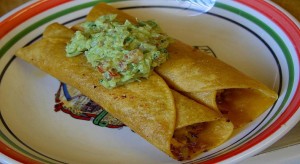 The unsuspecting student of the Spanish language could well find themselves in a bit of a pickle when they first start learning the fundamentals of how to order food in Spanish.

After you have watched this series of three videos you will know why this could be. Although a Spaniard would be more than able to order food and drinks in Mexico, there would be certain things that he would say that would instantly identify him as someone from another country. Similarly, a Mexican in a Spanish restaurant would very likely ask for things in a slightly different way than the rest of the diners.

Surely, if everyone speaks the same language there shouldn’t be that many differences, should there? Unfortunately, the differences are inevitable. You only need to look at the varieties of English to know that when we talk about English we are most certainly not talking about one pure language. Rather, we are dealing with an ever changing, evolving language that varies from town to town, region to region and country to country. When the one time popular series “Byker Grove”,based in Newcastle upon Tyne, (In the north of England the home of the famous Geordie accent.) first came out, it was televised in the south of England but needed subtitles. The viewers in the south simply couldn’t understand what the Geordie actors were saying.

Well, the exact same thing applies to the Spanish speaking world. Why wouldn’t it? I recall watching a film from Colombia with Cynthia and struggling with the accent. On more than one occasion I turned to Cynthia and asked: “¿Qué dijo, él?”. “¡No tengo ni idea!” ( I have no idea!) was her reply some of the time. I was relieved that it wasn’t just me but it did bring home to me that every country has its own way of saying things and its own range of accents.

As we mention in the videos, many people get mixed up between Spanish and Mexican food, especially here in the UK and they mistakenly think that they are much the same. As you will see in this series of videos on the differences between the Spanish and Mexican food culture, both countries have very distinct food types and certainly don’t mix the two together. Jeff, our Mexican guest has never tried Paella. Cynthia has never eaten Flautas. I, however, have had the pleasure of trying them both. Ñam, ñam. ¡Qué ricos!