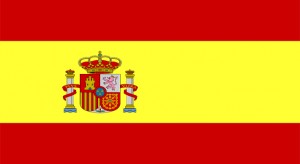 No matter how you look at it, just as English has as many regional and country specific variations as there are languages in the world, so Spanish could never be grouped into one stereotypical language. 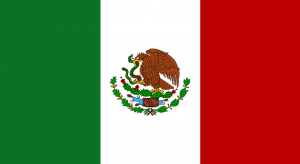 So, we were really “entusiasmados” when Jeff from Youtube ZMG4U contacted us and suggested a collaboration video called Spain vs Mexico.

Jeff is a Mexican teacher who has a great channel on Youtube and helps students of Spanish who travel to Mexico to learn the specifics of the language of that country.

What I find interesting about what we cover in these two videos is that when it comes to the key differences in the Spain vs Mexico analysis , there seems to be more variation in the nouns or names of things than there is in the verbs or doing words.

What happens, however, is that many times the same verbs have different meanings in each country.

I recall the story of Alejandro Sanz, a famous Spanish singer who had to change some of the words to his songs  whilst he was on tour in Mexico. One song called “Pisando Fuerte” Stepping Heavily/Strongly had to have the verb changed because although PISAR exists in that country, it is used to mean to have sex. So, as you can imagine, that would change the whole feel to the song. jeje.

What is also interesting to note in this collaboration is the difference between Cynthia’s strong peninsular Spanish accent and Jeff’s more gentle and melodic Mexican accent.

As you listen, pay special attention to the way the two pronounce the LL and Y as well as the J and the CE, CI and Z.

The Spanish tend to make the sounds more guttural, more akin to the Arabic pronunciation which had a tremendous influence on peninsular Spanish during its development.

The Mexican pronunciation is much softer and rarely has that harshness that is so typical of Spanish from Spain.

I recall when I left Mexico after living and working there for two years and started to talk to Spanish speakers from Spain. I couldn’t take my eyes off their tongues which seemed to spend more time out of their mouths than in them.

At first, I found their accent far too harsh, to exaggerated and, if I’m honest, a little frightening.

Now, however, I really do love it! I find that Peninsular Spanish is very expressive and when I speak it, my whole tonality and expression changes. This seems to happen by itself rather than on purpose and before I know it, I’m swearing like the best of them and finishing a quarter of my sentences with the word “coño”. (This is an exaggeration btw. It only happens two or three times a day.)

So, enjoy the video. There will be more. And take some time to listen to Alejandro’s music. Es muy buena.