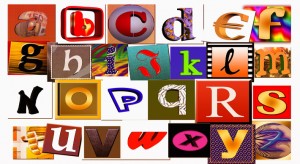 Probably many students of the Spanish language have had the shocking experience of having gone to a Spanish speaking country only to find that everything they had learnt in their lessons didn’t have any value to them. This happens for a couple of reasons:

1, In class, teachers normally talk slowly and clearly with good grammar. In the world outside of the classroom, people talk as they fancy. They break the rules constantly, they pronounce badly, they miss words out and, well, do just about everything that is prohibited.

2, People, and some more than others, like to talk using idioms.  An idiom is an expression that doesn’t translate into other languages yet is understood by most native speakers. The classic example of this is the high powered manager that talks in that mysterious idiomatic code to talk to his people:

Look guys, either we get this running on all four cylinders or it’s going to get wrapped around our necks and we’ll end up shooting ourselves in the foot. So it’s nose to the grindstone and backs against the wall and remember, it’s not over until the fat lady sings.

(I have no intention of translating that into Spanish!)

Get a mix of the two…

So, quite often, when you spend time in a native speaking country, you’ll come across someone who does a bit of both things. They speak badly (men much more than women) and they liberally sprinkle their conversation with idioms. (Men more than women, again in my experience.) Frankly, this can be the most frustrating experience for any learner.

I recall going to Murcia, Spain for a weekend and barely understanding anything of what was said to me. That was after spending two years in Mexico. I recall coming home very, very angry. “What language had I been learning, for God’s sake?” I remember asking myself .

Then, when Cynthia first moved to England after having spent 10 years learning English, she quite literally couldn’t understand what people said to her. I had to repeat, in English, the same thing that the person had just said  to her and only then would she understand it.

Then, of course, we come to the Spanish idioms. No matter how tuned in your ear is, unless you understand the meaning behind the Spanish idioms, it’s very unlikely that you will be able to grasp what the person is driving at. (This last sentence is a metaphor, by the way.)

I recall José, Cynthia’s father saying to me once, “En casa de herrero, cuchillo de palo.” I looked at him glazed eyed not making head nor tail of it. (Another idiom, too.) Of course, the best way to understand these expressions is just to ask.  You’ll be amazed at how difficult it is to explain them. That expression of just seven words took him about 50 to explain.

It means, “The people who should best be able to help themselves because of the skills they have, often do not do so.”

In the house of the blacksmith, wooden knives.

So, our advice is to learn the Spanish idioms. Read books, as it’s a great way to see them in use and then use Google to help with their explanation. Also, this series is designed to give you some of the more commonly used ones.