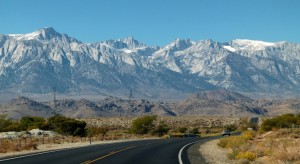 In this podcast we cover the very important distinction between the WOULD/IF trigger that demands the past subjunctive Spanish verb and the IF in present, which does not.

The problem that most students have with this construction is identifying when they should use the past subjunctive and when the present. We already covered this in the Subjunctive podcast/blog number 8. However, it will be worth reviewing it here. (Repetition is the mother of all learning.)

When you start a sentence with the word IF, then ask yourself this question about your English sentence.

After the IF is the verb that follows in present or in past tense?

Here is what we mean. Take a look at these examples:

If you want, we can eat there.

If you wanted, we could eat there.

If the verb that follows IF/SI is in present, then that’s what you use in Spanish.  You simply use the Present Indicative, or as in the above example, QUIERES.

If the verb is in the past then you use the Past/Imperfect Subjunctive. Why? Because we are using a past tense word to talk about a possible future event. THAT’S WEIRD! So, in this case we would use QUISIERAS.

Which is Imperfect Subjunctive and which is Conditional?

The other issue that many students have is understanding whether the Imperfect Subjunctive follows the SI or if the Conditional follows the SI.

If you could, would you be the president if the United States?

Would you be the president of the United States if you could?

The reason it’s a problem is because in English both the word COULD and WOULD are conditional. So which is which?

We have developed a really easy way of knowing how to GET IT RIGHT.

Therefore, by keeping in mind SIERA, you will always know where and what to put. Let’s consider the above sentences.

If you could, would you be the president if the United States?

Notice that after the IF/SI appears the verb CAN/PODER. This is the one that takes the IERA. Thus the sentence would be:

However, notice that the order has beeen changed in the following sentence. This does not matter! You still follow the same SIERA rule.

Would you be the president of the United States if you could?

So, now that you have that a little clearer (hopefully), listen in to the podcast and let us explain everything in more detail in this Past Subjunctive Spanish Guide.