Another of our Native Spanish Speakers. 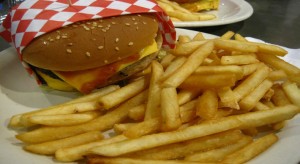 José Antonio is an interesting guy from the heart of Spain in Guadalajara. In this interview he talks about his opinion of the British as well as other European people. As a truck driver, his experience of British food seems to have been limited to the layby cafés and Greasy Joes’ That said, he still has quite a positive opinion of them.

That apart, this is probably a great time to tell his story, albeit a sad one. At the time of the interview, José was a truck driver who delivered fresh fruit and vegetables from Spain to the UK and Germany as well as other countries. He owned his own enormous lorry and travelled through Europe with his wife who had also gotten her heavy goods vehicle licence so that they could travel together on the long journeys.

Their business was going from strength to strength and they had invested in a new truck which cost pretty much what a house might cost to buy. Life seemed like it couldn’t get better.

Then one day, as José went to invoice the company that contracted his services he discovered that the company had gone bust. It had simply closed its doors the night before and disappeared. Worse still, they owed him many thousands of pounds.

This left José and his family in a terrible state. Their income had stopped suddenly, all of their resources had been invested in the business and the bank was asking for money. The company that owed him what was around three months salary was limited and so would offer nothing toward the outstanding payment.

What made matters worse was that right at that moment Spain was caught in the beginnings of the crisis and the financial climate  was on a severe downturn. There were no jobs to fall back on.

In the space of six months, they went from having a wonderful lifestyle to not knowing when the next euro would come through the door.

Right now, they live very much from day to day. Their two sons fall in and out of sporadic work and José’s wife has managed to secure a job as a cleaner.  Unlike here in the UK, the support in Spain for people in José’s situation is minimal and as a family they have had to make some significant changes in their life to cope with these events.

Despite everything, José remains chipper and upbeat about the future. He has many extra skills and does servicing of cars and any other handyman jobs that come his way. Personally, I admire his fortitude and dogged perseverance. He has even, in times of need, had to live off the land and find his food (in the shape of four legged running creatures) out in the countryside.

Their family are great friends of ours and we really hope that life picks up for them soon and that the Spanish economy gets back on its feet tan pronto como sea posible.

In the mean time, enjoy this native speakers interview with José Antonio and if you struggle a little, that will be because he’s down in our book as 3 stars out of 5 for difficulty.