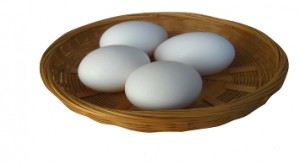 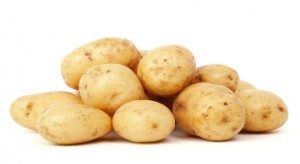 The tortilla española stands alongside la paella as one of the most traditional and talked about Spanish  dishes that exists to date.

Also known as Spanish omelette, it is a dish made from  the base of potatoes, onions and eggs with additional ingredients added according to preference.

The most unusual thing about the Spanish omelette, in my opinion, (Gordon) is the taste. What I mean by that is that despite the very simple ingredients and the short preparation time, it is absolutely delicious.

Now, you must understand, before we go any further forward, that I don’t mean delicious in the Spanish sense of the word. The Spanish, as great food fanatics, do tend to refer to everything as delicioso, riquísimo, divino, para morirse (to die for) etc.

As a Brit, I cannot bring myself to exude to such an excessive degree about food. (as it’s just not the done thing…stiff upper lip and all that.) However, when it comes to a freshly prepared, still warm Spanish omelette, I go slightly weak at the knees.

Here we have another interesting question. Do you eat the tortilla hot or cold? The answer is: Whatever way you like!

Mainly, in Spain however, it’s eaten cold. In fact, steaming hot food isn’t in great demand in Spain. They seem to prefer their food to be cold or if it is a hot dish, to be templado/tepid.

Thus, the Spanish omelette is most times served cold. If you go into any Spanish bar worth its salt, you will find a tortilla waiting to be served to the customers. It’s a fundamental part of “la cocina española” and is a must to try for anyone visiting Spain.

Sauces are not very popular in Spain and most times, the tortilla is eaten on its own or as they say, “a palo seco”.  Also, another very popular way of enjoying the great flavour is to squash a generous slice of Spanish omelette inside a baguette. It’s called, as you might imagine, “un bocadillo de tortilla” and it is delicious. (If a little dry without some additional sauce or accompanied by whopping cup of tea.)

The nicest sauce in my opinion to slather on top of a tortilla is mayonnaise. It seems to be a match, as I see it, made in heaven. Especially if the tortilla is still warm.

And, now I’m really hungry after talking about the wonderful Spanish omelette. Watch Mercedes make it on the video and then have a go yourself. You really can’t go wrong. And you’re sure to love it!