Is Christmas in Spain so different? 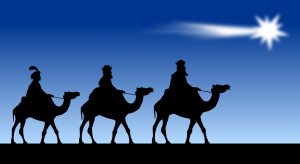 The truth of the matter is that, yes, Christmas is very different in Spain. We can suppose that every country and even region has its own special way of celebrating the principal festivals. Madrid is no exception.

In this video clip, we have made it more accessible by adding subtitles and making it into what you might call easy Spanish. Of course, for anyone who has spent any time learning Spanish they will know that there is no such thing as easy Spanish. Perhaps it would be better to say ‘easier Spanish’. Lol. However, using great self control Cynthia speaks incredibly slowly in this video, so really we could say it was easy Spanish, although we´ll let you be the judges of that.

Cynthia’s home town is un pueblo called Torrejón de Ardóz. It’s about thirty minutes from the centre of Madrid and is in what is describe as ‘las afueras’ or the outskirts.
Despite being a smallish town, when Christmas rolls around, suddenly biggish things start to happen.

One year, for the entire duration of the Christmas period, there was a big marquee erected that ran shows for the kids and then for the adults every night of the week. Most were free.
In the town centre in ‘la plaza’ there were rides and stalls along with all kinds of Christmassy things.

Apart from having a far longer period for the Christmas celebrations, which are from the 24th of December until the 7th of January, the culmination of the holidays happens on the 5th of January when an enormous parade of floats (called carrozas) make their way through the town centre and into the plaza. There, they deliver the Three Wise Men (los Tres Reyes Magos) so they can begin their work of delivering all of the presents which the children will open the following morning.

If you go to a Cabalgata with a child, be sure to take an umbrella. Not for the rain, of course. It’s for the thousands of sweeties and chocolates that get thrown into the crowd by the people on the floats. Many parents bring an umbrella and hold it upside down to increase their sweety catching ability.

One of the most impressive parts of the whole event are the themed floats filled with people in fancy dress. These costumes and floats aren’t just thrown together. They have been prepared across many weeks leading up to Christmas and are very impressive.

Disney is always a popular theme and it’s not uncommon to see the plaza filled with Mickey and Minnie mouses after everything is over.

Another interesting theme tends to be men in women’s costumes. Throughout Spain, in virtually every parade you will find men dressed up as women, still sporting the odd beard or full moustache.

Be sure to experience at least one Christmas there.

It’s really worth the effort to arrange to spend one Christmas in Spain. The bigger the city, the more extravagant the celebration. However, even the smaller towns always have something interesting to see.

In our village here in the UK, we have one man dressed as Santa Claus on a trailer who throws sweeties to the kids on Christmas Eve…

Really, we’ve got much to learn from the Spanish on how to celebrate ‘a lo grande’.