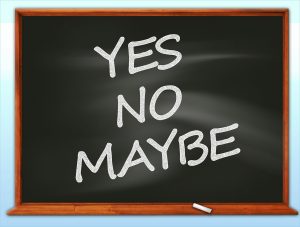 The Present Subjunctive in Spanish

As you have probably begun to notice, there are quite a lot of different possibilities when dealing with the present subjunctive in Spanish.

The reason for this is that, as a tense, (or a mood as some refer to it) it is used massively in all communication. There really is no way to avoid it if you want to speak Spanish at a decent level.

However, you needn’t fear. This series of videos and the subsequent helpsheets that will go with it will help you to have the ability to use the present subjunctive in Spanish in virtually all of the areas necessary.

Indirect references to the future.

This may seem very subtle, yet we have many expressions that refer to the future and trigger the present subjunctive in Spanish.

Think about this sentence:

We won’t go unless he gets here by ten. = No nos iremos a no ser que llegue para las diez.

The word ‘unless’ translates to Spanish as ‘a no ser que’, which is a trigger for the present subjunctive in Spanish. Why? If you need a reason, then it is because it refers to a possible future event that may or may not happen.

However, as we repeatedly say, sometimes it’s easier to focus on WHEN you have to use the subjunctive and not WHY.

The reason for that is that the same expression can be used to refer to the past, too. This time it talks about a possible past event.

So, as you can see, even though we are talking about a possible event that has already happened, we are still using the present subjunctive in Spanish.

This is why it’s best to learn to use the subjunctive by ear rather than by rule, which is how Spanish speakers use it.  That way, you don’t have to question yourself or run through a set of rules each time. Rather, the subjunctive will naturally flow from the trigger.

Mientras tanto, you can focus on speaking a beautiful Spanish instead of having to trawl through an interminable list of rules and regulations.

We hope you are enjoying this series. It’s basic, but there’s just about everything you need to start using the present subjunctive in Spanish right away, with confidence!