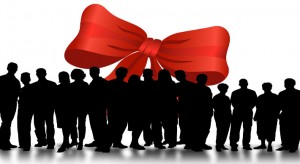 We have made this particular videoblog especially with you all, our students, in mind. It seems that there is a great confusion regarding which verb to use when you want to meet with friends or “meet up”.

The verb ENCONTRARSE tends to be the most popular to use, yet, as you listen into the blog you’ll see that that’s not really the best one to use.

In fact, QUEDAR is the one with tends to be mostly used in Spain and in many other countries.

What is the difference?

Let’s look at ENCONTRAR first.  Encontrar literally means ‘to find’. So, imagine that you had lost something and then you found it. You would say:

You would be saying that you literally found Jorge. (You had lost him for some time.)

Now let’s look at ENCONTRARSE. We all know that SE on the end of a verb means ONESELF. So, this verb means to FIND ONESELF.

So, imagine you were to say:

You would be saying that you ‘found yourself´ with Pati which in other words would be: “I bumped into”. In this sense, it’s more of a chance meeting than something organised.

As always, there are exceptions. For example, if you and a group of people were going on ‘una excursión’ whilst on holiday, you may well hear the guide telling everyone to “encontrarse en la recepción a las nueve.”

We tend to hear this used more in situations like this, and not in the more intimate, meet-up situations that we have with friends and family.

This is an interesting verb and a fairly versatile one at that. Here are some of the uses:

Quedamos en tomar un café a las once de la mañana. = We agreed to to meet up to have a coffee at eleven in the morning.

So here, we see that it can be used (and is used very often) as a way of saying that you are going to meet up, or you did meet up with someone.

¿En que quedamos, entonces? = So, what’s the plan/what are we agreeing to?

When you’re  finalising plans, this is often the question.

Quedar also means ‘to remain’ So, you can use it to talk about what’s left.

This is used to talk about staying somewhere, like in a hotel or a house.

So, that should give you an overview of these verbs. Now you can join us in the blog to here them explained in more detail and see how we use them.