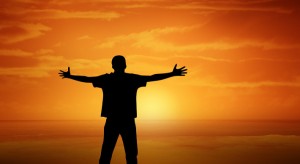 It is understandable why these three words are some of the most searched for words on Google. In all of the years that we have taught Spanish, they have been a source of great confusion to all of our students at some time in their learning journey.

The fact is that to really understand how these words work you must first know that one of them is a noun and the other two are adjectives.

So, ‘calor’ is used when talking about when it is hot (the weather) however, Spanish speakers do not actually say: “It is hot.”, but rather they say: “It makes heat.”

Also, if you want to say, “I am hot.” In Spanish, you cannot say it the same way as you do in English. Because Spanish speakers actually say, “I have heat.”

This word ‘ caliente ‘ is an adjectives and it translates as “hot”. This is the word that you use when you want to describe the actual temperature of objects. For example, you use ‘caliente’ when you are talking about something that is hot to touch, like, a cup of coffee, a fire, a radiator, etc.

To intensify the word ‘ caliente ‘ you use the word “very” which in Spanish is ‘muy’.

So to saying the coffee is very hot. You would say: El café está muy caliente.

Once again, there is some confusion with the intensifiers that we use with ‘caliente’ and ‘calor’.

With ‘calor’ we use the intensifier, ‘mucho’, which is ‘a lot’. Many students get these two intensifiers mixed up and so they often say sentences like: “I have very heat.” Or “The fire is a lot hot.”

Like ‘ caliente ‘, ‘caluroso’ also is an adjective and has a very limited use in the Spanish language. Principally it is used when talking about what kind of day it is, when referring to the weather. For example, you can say: “It is a warm day.” (Es un día caluroso.) However, aside from this particular use, the word ‘caluroso’ so is not used a great deal.

Our advice is very much that you stick to the main two words when describing the weather (calor) and the temperature of objects (caliente).

Now, come and join us in the video blog and we will aim to help you understand these words far more clearly. We hope you enjoy it!