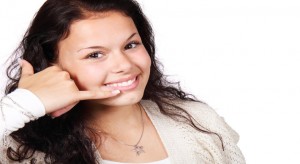 The first in the range are the words BUENO, BUEN and BIEN. Three words that without doubt cause a great deal of consternation in the head of every student of the Spanish language. I won’t be covering in this written blog the information we cover in the Videoblog. Instead, I will be looking at some interesting aspects of the words.

This word is a tremendously varied and flexible one. It is used in Mexico to answer the phone! Rather than the classic, DÍGAME, (tell me) which is heard throughout Spain when they pick up the phone, a Mexican will say BUENO. In this context it certainly doesn’t mean GOOD.

Greetings don’t often make a lot of sense.  I knew a man from Yorkshire who would say NOW THEN when he greeted me.

The same applies to the word BUENO. In Mexico it means YES in the context of answering the phone.

Certainly in Spain, BUENO can mean WELL. It’s used massively at the start of sentences.

When a Spaniard is shocked by something, or surprised, they will often be heard saying:

Bien is an interesting word because it lives a double life, sometimes working as a GOOD and sometimes as a WELL.

It’s an ADVERB and so must be understood within the context of what an adverb is. We normally think of adverbs as words that end with LY. Unfortunately, WELL or BIEN isn’t as easily recognised as an adverb. Yet it is.

So we have BIEN and MAL = WELL and BADLY.

This is handy to remember when you want to say WELL DONE! = ¡BIEN HECHO!

and, of course, to say BADLY DONE! = MAL HECHO.

The difference between and adverb and an adjective

The reason is that if you don’t understand the difference between the two, you will always mix them up in your Spanish conversation (not a good thing!)

Listen in to the video blog and let us help you get them clear in your mind.